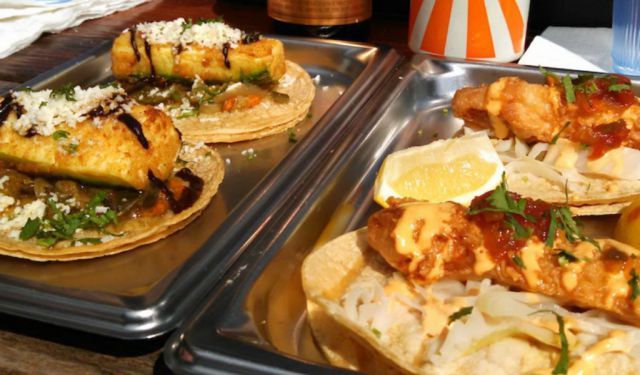 The Metro’s Green and Yellow lines travel through one of the most interesting areas of the District: the Northwest neighborhoods of Shaw, the U Street Corridor, and Columbia Heights. When we want to really immerse ourselves in DC culture and sample some the best new restaurants, this is where we go.

These neighborhoods thrived in the 19th and early 20th centuries as the center of the city’s African American community. In the early 1900’s, the expansion of the streetcars helped make Columbia Heights the upscale neighborhood of choice for DC’s wealthy. It was home to Duke Ellington, who grew up nearby in Shaw at the turn of the century, and Marvin Gaye went to Cardozo high school on 13th St. in the 50’s.

Like many of the surrounding neighborhoods, the area suffered a drastic downturn after the 1968 riots in reaction to the assassination of Martin Luther King, Jr., and remained depressed until revitalization efforts began in the 1990’s. The U Street and Shaw Metro stations opened in 1991 and Columbia Heights opened in 1999, leading to a surge of nearby construction. The area has long been known for its music scene with numerous live music venues, and is more recently experiencing a boom in the restaurant scene. Here is a list of 22 new restaurants scheduled for Shaw in 2015-16. ...... (follow the instructions below for accessing the rest of this article).
This article is featured in the app "GPSmyCity: Walks in 1K+ Cities" on iTunes App Store and Google Play. You can download the app to your mobile device to read the article offline and create a self-guided walking tour to visit the attractions featured in this article. The app turns your mobile device into a personal tour guide and it works offline, so no data plan is needed when traveling abroad.