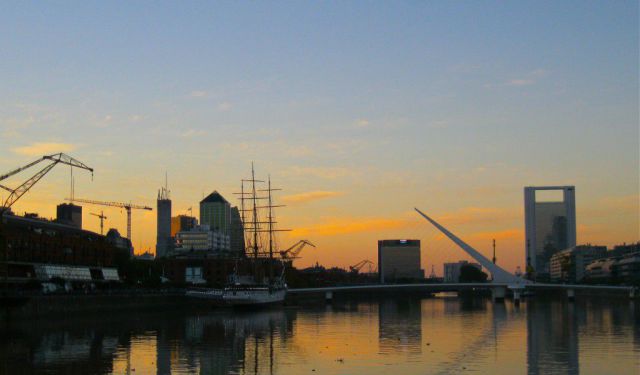 We spent ten days there at the very beginning of our indefinite adventure and then six weeks from the end of March to the beginning of May 2013. It’s been almost three months since we left, and I still find myself thinking about our apartment there, the friends we made, and the man at the San Telmo market who recognised me every time I went for my weekly fruit and vegetable shop.

Like many other great cities around the world, Buenos Aires is a city made up of what feels like many, smaller, almost independent cities. Buenos Aires neighbourhoods, while more strictly defined than those of, say, London, do blend from one to another, but have their own distinct charms, sights and feels.

Buenos Aires proper is made up of 48 neighbourhoods (or barrios), but I’ve chosen just a handful; the ones you’re most likely to visit as a tourist in the city.

One of the oldest neighbourhoods of Buenos Aires, La Boca also has a reputation of being a bit dangerous. We found it perfectly safe when we visited, which we only did during the day. ...... (follow the instructions below for accessing the rest of this article).
This article is featured in the app "GPSmyCity: Walks in 1K+ Cities" on iTunes App Store and Google Play. You can download the app to your mobile device to read the article offline and create a self-guided walking tour to visit the attractions featured in this article. The app turns your mobile device into a personal tour guide and it works offline, so no data plan is needed when traveling abroad.