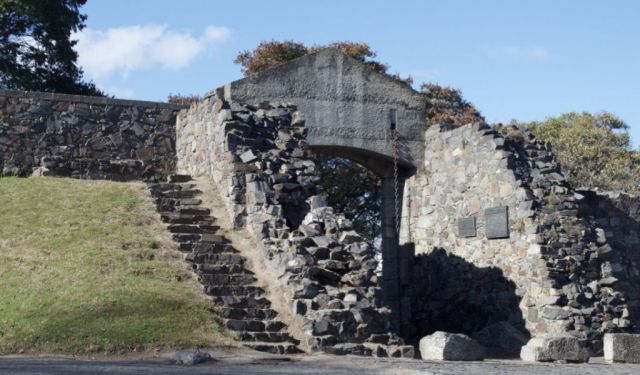 Colonia Del Sacramento is a historic town located on the mouth of Uruguay River. It is one of the most visited towns in Uruguay due to wealth of its history and tranquility that could be found wandering around its cobblestone streets.

The Historic Quarter: Uruguay’s most appreciated heritage treasures, the historic quarter’s streets are the narrow alley paved entirely in cobblestones with a drainage channel down the middle, no pavements and lined on either sides with mud and stoned houses of the historic quarter of the town. Colonia was recognized as a world heritage city by UNESCO in 1995 because of the historic quarter. Walk to the most famous and widely photographed street “La Calle de los suspiros” (Street of sighs) .

Puerta De la Ciudadela: Also known as the Portón de campo, the “Citadel Gate” was one of the entrances to the city during the Portuguese domination. The Citadel contains remains of the former wall and a wooden draw bridge over a moat together forming a notable center ofistorical and architectural interest. ...... (follow the instructions below for accessing the rest of this article).
This article is featured in the app "GPSmyCity: Walks in 1K+ Cities" on iTunes App Store and Google Play. You can download the app to your mobile device to read the article offline and create a self-guided walking tour to visit the attractions featured in this article. The app turns your mobile device into a personal tour guide and it works offline, so no data plan is needed when traveling abroad.