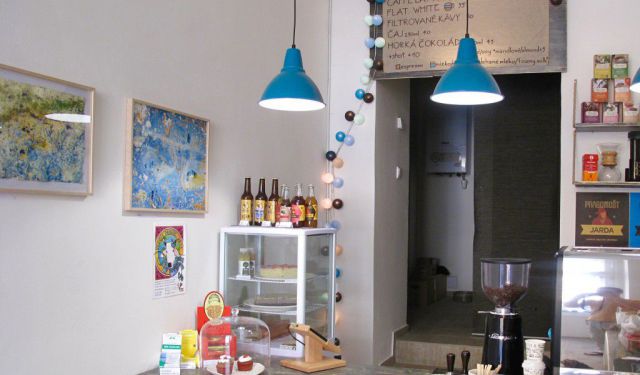 Guide to Eating Vegan in Prague, Prague, Czech Republic (B)

Prague is a surprisingly easy city to visit as a vegan. Given that it’s a city of less than 1.5 million people, there are a plethora of high quality vegan eateries, the likes of which could even rival places in Berlin.

We’ve been to Prague multiple times, but not since becoming vegan. Recently, we returned to the Czech capital for the fourth (fifth? sixth?) time and spent four days there when our itinerary was dominated by visits to the best places that vegan Prague has to offer. (Last update: June 2016)

This is the key used in this guide, which appears directly under the name of each establishment mentioned:

This fully vegan café/restaurant serves up lunch menus which change daily and consist of a soup and a main for 120 CZK (€4.40). There’s also a nice selection of interesting breakfast foods (such as pancakes with fruit and scrambled tofu bagel with coconut bacon), cakes and other savoury dishes such as burgers, falafel and salads.

They also have wifi and plenty of tables, making it a great place to come and sit and work for a while, which seemed not uncommon with locals too. Staff are friendly and speak good English and the whole place is welcome and cosy. ...... (follow the instructions below for accessing the rest of this article).
This article is featured in the app "GPSmyCity: Walks in 1K+ Cities" on iTunes App Store and Google Play. You can download the app to your mobile device to read the article offline and create a self-guided walking tour to visit the attractions featured in this article. The app turns your mobile device into a personal tour guide and it works offline, so no data plan is needed when traveling abroad.