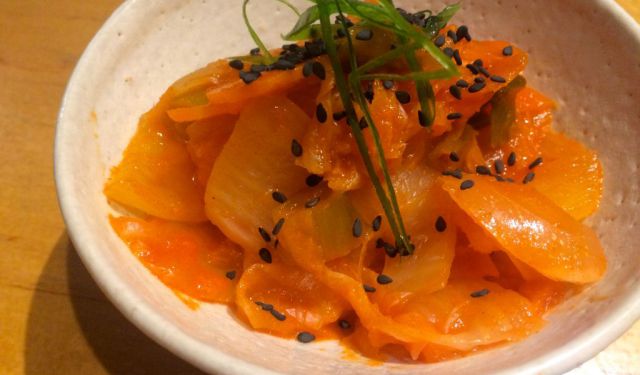 Guide to Eating Vegan in Warsaw, Warsaw, Poland (B)

Warsaw has been on my wishlist of places to visit as a vegan for a while now. I actually visited once before in 2004, but I wasn’t vegan then, and the city has changed so much since that I barely recognised it! Now, it’s a vegan paradise with loads of options everywhere. I only visited for a weekend, but crammed as much in as possible, and am happy to report I was not disappointed!

This is the key to rough opening times and prices for the guide, which will appear below the name of each restaurant or café mentioned.

One of the higher end places I visited on this trip to Warsaw, this place does a nice selection of different kinds of sushi, maki and other rice-based Japanese-inspired dishes made vegan. For indecisive people there are the set menus suggested for different numbers of people, which I found to be perfect.

There are also some deserts and a few non-Japanese dishes, such as their mixed kimchi, which I honestly found a bit weird. Otherwise, I would highly recommend this place for something a little special without breaking the bank. ...... (follow the instructions below for accessing the rest of this article).
This article is featured in the app "GPSmyCity: Walks in 1K+ Cities" on iTunes App Store and Google Play. You can download the app to your mobile device to read the article offline and create a self-guided walking tour to visit the attractions featured in this article. The app turns your mobile device into a personal tour guide and it works offline, so no data plan is needed when traveling abroad.