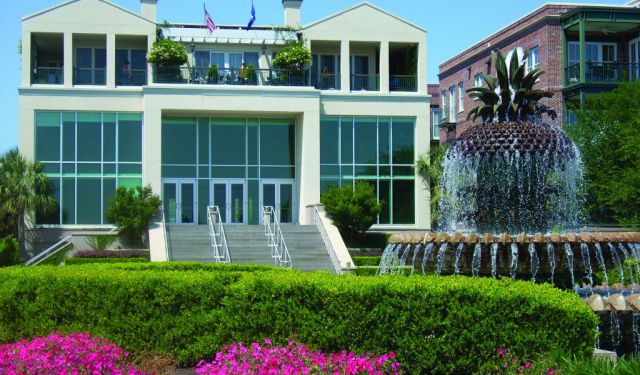 The French Quarter is considered to be the area bound by the Cooper River, Broad Street, Meeting Street and Market Street. This area was first called the French Quarter in 1873 when preservation efforts made their way to the warehouse buildings on Lodge Alley Block. The name is in honor of the large number of French merchants who worked in this area throughout Charleston’s history. It was settled as part of the original Grande Model of Charles Towne in 1680. It is famous for its art galleries, historic buildings, restaurants, shops and Waterfront Park.

This is the oldest church building in the city of Charleston. Construction started in 1752 and was finished in 1761. The clock and bells of the church were shipped over in 1764 from England. Counting this shipment along with other voyages involving theft and repair, the bells have made this ocean voyage five times. George Washington and later Robert E. Lee worshipped in the church in pew 43. Two signers of the Constitution, John Rutledge and Charles Pinckney, are buried on St. Michael’s grounds.  ...... (follow the instructions below for accessing the rest of this article).
This article is featured in the app "GPSmyCity: Walks in 1K+ Cities" on iTunes App Store and Google Play. You can download the app to your mobile device to read the article offline and create a self-guided walking tour to visit the attractions featured in this article. The app turns your mobile device into a personal tour guide and it works offline, so no data plan is needed when traveling abroad.