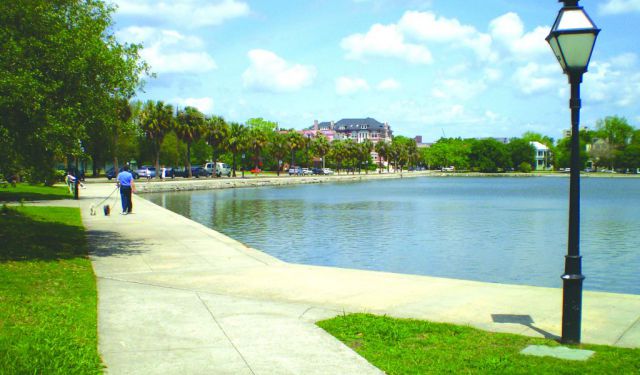 The Village of Harleston, also frequently called Harleston’s Green, more rarely Harlestonborough, and more recently Harleston Village, was originally part of a grant made to John Coming and Henry Hughes in 1671-1672. After the death of Coming and his wife, the grant was inherited by Ms. Coming’s nephew, John Harleston, and his decendants. The streets were opened in 1770 and were named for prominent men of the period, in England and the Province. The first golf club in America, established in 1786, held its meetings and annual dinners in its “Club House on Harleston Green.”

A National Historic Landmark, the Old Marine Hospital was designed by Robert Mills, often referred to as the first professionally-trained American architect and a Charleston native. Mills was responsible for the Washington Monument and many public buildings throughout the State and nation. The Marine Hospital was one of the most controversial buildings of Charleston’s antebellum period, viewed by state’s rights advocates as an illustration of the Federal government’s abuse of its powers. Private. ...... (follow the instructions below for accessing the rest of this article).
This article is featured in the app "GPSmyCity: Walks in 1K+ Cities" on iTunes App Store and Google Play. You can download the app to your mobile device to read the article offline and create a self-guided walking tour to visit the attractions featured in this article. The app turns your mobile device into a personal tour guide and it works offline, so no data plan is needed when traveling abroad.