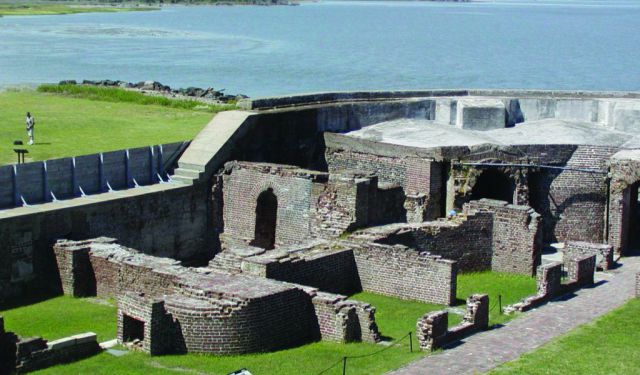 In 1660 after the death of Oliver Cromwell, Charles II was restored to the English throne. Three years later, in 1663, Charles rewarded eight of his loyal ex-generals by granting them a charter to the Carolina territory. These eight men were known as the Lord Proprietors. After seven years the Lord Proprietors finally managed to arrange for the first settlement, Charles Towne, named for King Charles I. It was established in 1670 across the Ashley River from the city’s current location.

By 1680 the settlement had grown and had been relocated to its current site. Charleston was the capital of the Carolina colony and the southernmost point of English settlement during the late 1600s. Because of periodic assaults from Spain and France, who still contested England’s claims to the region, as well as raids by American Indians and pirates, Charleston’s colonists erected a fortification around the small settlement. The only building to remain from the Walled City is the Powder Magazine where the city’s supply of gunpowder was stored. ...... (follow the instructions below for accessing the rest of this article).
This article is featured in the app "GPSmyCity: Walks in 1K+ Cities" on iTunes App Store and Google Play. You can download the app to your mobile device to read the article offline and create a self-guided walking tour to visit the attractions featured in this article. The app turns your mobile device into a personal tour guide and it works offline, so no data plan is needed when traveling abroad.