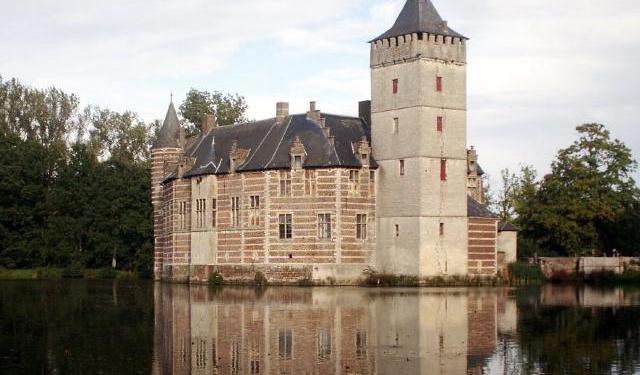 Located to the east of Leuven, Horst Castle has remained largely untouched since the middle of the 17th century

To get the most out of a visit to Horst Castle, you should know what not to expect. There are no great works of art hanging from the walls; no ancient tapestries or lush rugs in the bedrooms. The living rooms are empty of tables and chairs; the kitchen is largely devoid of pots and pans. In fact, Horst Castle is empty and unlived in, and has been for over three hundred years. And that’s precisely why it’s worth visiting.

Horst Castle is special because it’s authentic. Most of the castles in Flanders were renovated or rebuilt in the eighteenth or nineteenth centuries, but at Horst nothing happened; everything stood still after 1658.

The castle was built in the mid 14th century by Amelric Boote, described in local records as a wealthy money-changer. By 1482 it had come into the hands of Lodewijk Pynnock, Bailiff of Leuven.

Being bailiff has always been an unpopular profession, and residents of Leuven expressed their displeasure at Pynnock by burning down part of the castle. However, he rebuilt it and re-started his feasts and tournaments. That was until his money ran out in 1500 when he was forced to sell the castle. ...... (follow the instructions below for accessing the rest of this article).
This article is featured in the app "GPSmyCity: Walks in 1K+ Cities" on iTunes App Store and Google Play. You can download the app to your mobile device to read the article offline and create a self-guided walking tour to visit the attractions featured in this article. The app turns your mobile device into a personal tour guide and it works offline, so no data plan is needed when traveling abroad.