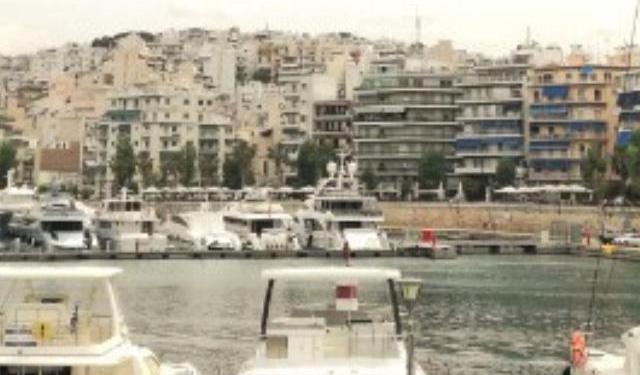 How a Visit to Piraeus Changed Our Lives, Piraeus, Greece (B)

In the first days of our family trip to Athens, we visited the Acropolis and Anafiotika, followed by Monastiraki and the Roman vestiges in Plaka. But this was Greece, and I just couldn’t bear being there without seeing the sea. So I convinced everyone to go on a visit to Piraeus!

Once separate cities, Piraeus is now part of Athens. The Capital City of Greece is growing more horizontally than vertically, covering 39 sqkm in 2016. (And Greater Athens covers 583 sqkm!)

I was really excited of finally getting to one of Europe’s most important harbors throughout history and I had no idea it was going to be that easy to get to Piraeus!

If you want to go on a visit to Piraeus, all you have to do is get on the subway. The train will leave you right in the train station of Piraeus, close to the cruise ship gates. (Also, if you’re on a cruise, the subway is a fast way to get to Athens!) When we got out of the train, I was surprised by the beautiful train station ceiling. It didn’t really feel like a Balkan station, but rather a British one. I really liked it! ...... (follow the instructions below for accessing the rest of this article).
This article is featured in the app "GPSmyCity: Walks in 1K+ Cities" on iTunes App Store and Google Play. You can download the app to your mobile device to read the article offline and create a self-guided walking tour to visit the attractions featured in this article. The app turns your mobile device into a personal tour guide and it works offline, so no data plan is needed when traveling abroad.