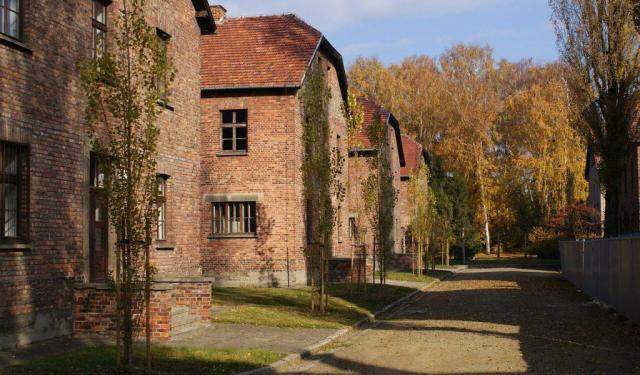 How to Get to Auschwitz from Krakow, Oswiecim, Poland (B)

Kraków is the second largest and one of the oldest cities in Poland. Krakow was the home to the Kings and Queens of Poland past. Krakow is one of Europes oldest and most beautiful cities. Some of its major sights are located in the UNESCO World Heritage Old Town. Wawel Cathedral and the Royal Castle, St. Mary’s Basilica, and the largest medieval market square in Europe are all worth seeing. We are going to explore how to get to Auschwitz from Krakow. Krakow is also the closest major city transport hub for day trips to Auschwitz.

Auschwitz – Birkenau is a destination that will rock you to the core. So much history, sadness and crazy ideology all converge in this one location. In 1940, on the outskirts of Oswiecim Poland, a prison camp was established. The continued mass detainment of the Jews and Poles meant that a bigger solution was required. On June 14, 1940, the first prisoners arrived. By 1942 Auschwitz had turned from a prison camp into a death camp, a systemic killing machine controlled by the Third Reich. For over a million people the Auschwitz arrivals platform was the end of the line for them, as they were marched straight to the gas chamber. ...... (follow the instructions below for accessing the rest of this article).
This article is featured in the app "GPSmyCity: Walks in 1K+ Cities" on iTunes App Store and Google Play. You can download the app to your mobile device to read the article offline and create a self-guided walking tour to visit the attractions featured in this article. The app turns your mobile device into a personal tour guide and it works offline, so no data plan is needed when traveling abroad.

Create Your Own Self-Guided Walks in Oswiecim
Guide Name: How to Get to Auschwitz from Krakow
Guide Location: Poland » Oswiecim
Guide Type: Self-guided Walking Tour (Article (B))
Author: Mark Wyld
Read it on Author's Website: https://wyldfamilytravel.com/how-to-get-to-auschwitz-from-krakow/
Sight(s) Featured in This Guide: