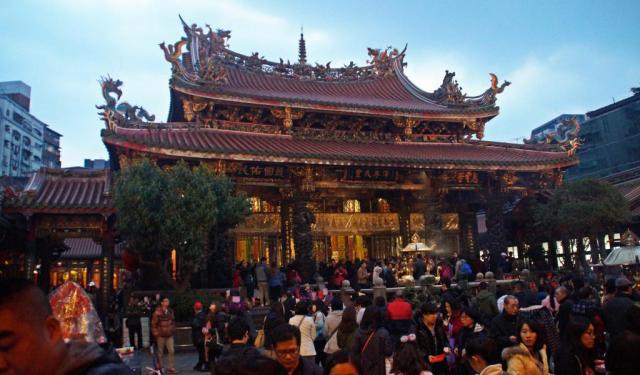 It doesn’t happen to me often. That I go somewhere and immediately want to go back as soon as I’ve left. It has only happened with four places so far; Faroe Islands, Bratislava, Seyðisfjörður and just recently, Taipei. Now these are four very different locations, so what made each of them special to me? I’m not really sure how to answer that. It’s just a feeling that I get; a feeling of knowing a place even though I’ve only been there for a few days; a feeling of belonging somewhere. I collect these places, as someday I’ll settle down and I’ll do it in a place that I feel like I belong to. I’ve always had a passion for Faroe Islands and the Faroese culture and I’m a big fan of mountains and cold weather, so that’s where I dream of settling down in the future. But if I ever want to live in a city for a while, Taipei or Bratislava would be my choices at the moment.

So why Taipei? Well, it’s a huuuuge city and I don’t really like huge cities, but it didn’t feel that big to me. Instead of spending money on the metro, I chose to walk everywhere, which resulted in some long walks to places that I otherwise wouldn’t have thought about going to. I got to know Taipei pretty well in just 6 days. My favourite thing about Taipei is its surroundings; there are mountains everywhere! And that means endless hiking opportunities, which is definitely something that I need in my life. And then there’s Ximen. The lively and colourful neighbourhood in the Wanhua District, Taipei’s oldest district; this was the first place that I went to in the city and the place that made me tell the world that I LOVE Taipei after only 4 hours of exploring. And I have to say that seeing individual style was amazing after spending a month in Southeast Asia, where everyone pretty much dress the same. Ximen is undoubtedly the best place to see the many different clothing styles of the Taiwanese people! ...... (follow the instructions below for accessing the rest of this article).
This article is featured in the app "GPSmyCity: Walks in 1K+ Cities" on iTunes App Store and Google Play. You can download the app to your mobile device to read the article offline and create a self-guided walking tour to visit the attractions featured in this article. The app turns your mobile device into a personal tour guide and it works offline, so no data plan is needed when traveling abroad.