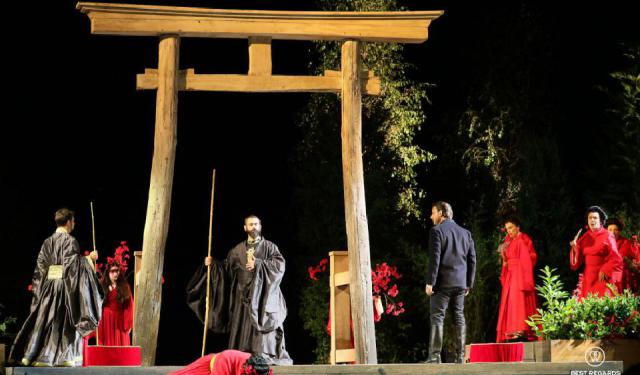 In Puccini’s Footsteps in and around Lucca [Italy], Lucca, Italy (B)

What do Rocky, Mission Impossible, Bohemian Rhapsody, The Goonies, Madam Butterfly and Star Wars have in common? An influencer and precursor of advertising and product placement, a maestro who created the first musical of history, a composer whose operas are amongst the most played in the world today: the Lucca-born Giacomo Puccini was a well-travelled man way ahead of his time whose legacy still resonates today all over the world and even more so in the Tuscan city of Lucca!

With more than 100 churches and over 1,200 friars and nuns in the 19th century, Lucca was a very important city for music in Italy where many composers lived and worked such as Catalani, Boccherini, and the Puccinis… Indeed, this is where the Puccini family had been in the forefront of the musical scene during five generations for over a century. In 1858, the first son of Michele Puccini got born in the family house on Corte San Lorenzo in Lucca. Giacomo was the sixth child in a wealthy family of composers: as the first son, he had to follow in the footsteps of his father Michele who taught him music until he died, when Giacomo was only six. Then the young Puccini studied music in Lucca where he wrote his first composition for his graduation in 1880 before he moved to Milan to study for three years to become a composer. ...... (follow the instructions below for accessing the rest of this article).
This article is featured in the app "GPSmyCity: Walks in 1K+ Cities" on iTunes App Store and Google Play. You can download the app to your mobile device to read the article offline and create a self-guided walking tour to visit the attractions featured in this article. The app turns your mobile device into a personal tour guide and it works offline, so no data plan is needed when traveling abroad.