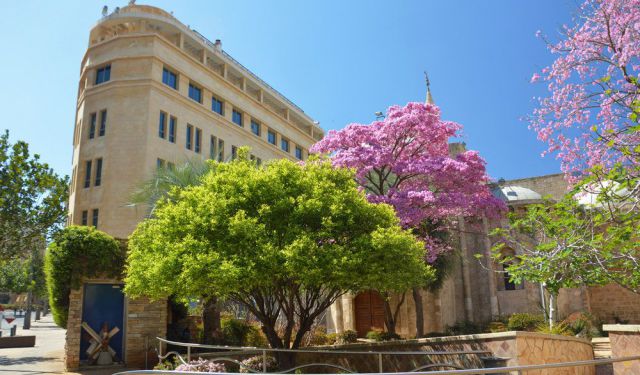 Is Beirut Safe? Visiting the Paris of the Middle East, Beirut, Lebanon (B)

Beirut used to be called the "Paris" of the Middle East. But to be honest, after having visited both cities, it's way more interesting than the real Paris. Thanks to the diversity of various cultures, the city boasts influences from Europe and the Middle East. It is especially evident in the unique, golden architecture around the Nijmeh Square. Due to the city's sensitive location, this diversity is not only a blessing , but unfortunately also a curse. As recently as the 1990s, Beirut was heavily damaged by the Lebanese Civil War. Now it has been rebuilt and if it wasn't for the reputation of the region, Beirut would be as popular as all the other great cities on our planet. But is it safe to visit it now?

Beirut is an extreme mix of old and new. It's full of contrast, however, this contrast is not as strong as in other neighboring cities. On arrival in Beirut, we arranged the transfer with the hotel - the driver took us straight to our accommodation, located in Hamra - a popular district full of shops and restaurants. Taxis are not recommended in Beirut - they overcharge and are not very reliable. It was March, so the accommodation wasn't too expensive and Hamra is a good starting point for exploring the city. It was also a good season as the temperature was very pleasant and the trees around the city were in full blossom. Their bright colors fitted the golden stone buildings perfectly. ...... (follow the instructions below for accessing the rest of this article).
This article is featured in the app "GPSmyCity: Walks in 1K+ Cities" on iTunes App Store and Google Play. You can download the app to your mobile device to read the article offline and create a self-guided walking tour to visit the attractions featured in this article. The app turns your mobile device into a personal tour guide and it works offline, so no data plan is needed when traveling abroad.