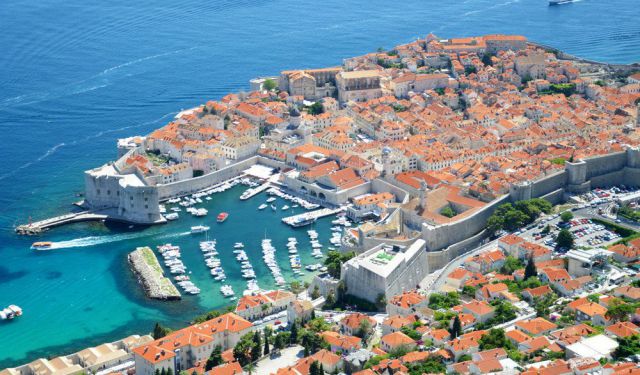 Is Dubrovinik Really Worth the Hype?, Dubrovnik, Croatia (B)

It's hard to believe how much Dubrovnik has changed over the years. As recently as in 1991, it suffered an enormous damage during the horrific war in the Balkans - at that time it would have been the last place on Earth you would have thought of visiting. Today, not even 30 years after those dramatic events, the city has regained its grandeur - Dubrovnik is one of the most popular walled cities in the world, especially within the past few years when it has been featured in the extremely popular "Game of Thrones". But what can you expect from visiting it? Is it really as spectacular as in the famous show?

- Dubrovnik is, in my opinion, one of the most beautiful medieval towns on Earth. At least among those that I've visited. The location along the breathtaking Adriatic coast, the red roof tiles, the fortress and defensive walls, the limestone streets - they all create a perfect combination for a fairy tale-like, exceptionally beautiful tourist destination. Moreover, Dubrovnik seems spotlessly clean (not only in the old town) but also in the modern parts. I also like the fact the way the new houses integrate perfectly into the landscape - there are no horrible, concrete blocks and heavy architecture known in post-communist states. ...... (follow the instructions below for accessing the rest of this article).
This article is featured in the app "GPSmyCity: Walks in 1K+ Cities" on iTunes App Store and Google Play. You can download the app to your mobile device to read the article offline and create a self-guided walking tour to visit the attractions featured in this article. The app turns your mobile device into a personal tour guide and it works offline, so no data plan is needed when traveling abroad.