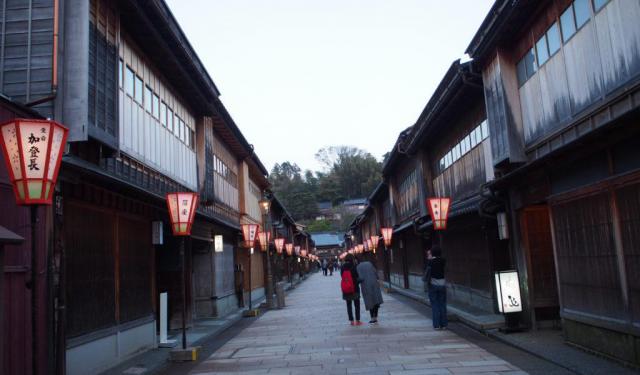 Kanazawa: A City of Samurai and Gold, Kanazawa, Japan (B)

Kanazawa, a city in the north-western Ishikawa Prefecture in the Hokuriku region of Japan, has a fascinating history featuring the elite samurai, a reverence for arts and culture, and intense wealth. The city was built by the wealthy Maeda clan who filled Kanazawa with the samurai (military nobility and warriors) and artisans and merchants to support the community. By 1700, Kanazawa rivalled Rome in size with a population of more than 100,000. Even though it was a city of the samurai, the Maeda clan directed their wealth towards arts and culture rather than military pursuits, especially in the craft of gold and lacquer. To this day, the importance of promoting and preserving local arts and culture still resonate in Kanazawa.

The name “Kanazawa” literally translates to “marsh of gold,” and it is derived from a legend of the peasant Imohori Togoro who was digging for potatoes when flakes of gold washed up. Today, Kanazawa produces 99% of gold leaf within Japan, and there are numerous artisans in the city who create everything from gold leaf cosmetics to lacquerware decorated with gold leaf. You can also buy edible gold leaves to take home or enjoy a cone of soft serve ice cream topped with edible gold flakes. ...... (follow the instructions below for accessing the rest of this article).
This article is featured in the app "GPSmyCity: Walks in 1K+ Cities" on iTunes App Store and Google Play. You can download the app to your mobile device to read the article offline and create a self-guided walking tour to visit the attractions featured in this article. The app turns your mobile device into a personal tour guide and it works offline, so no data plan is needed when traveling abroad.