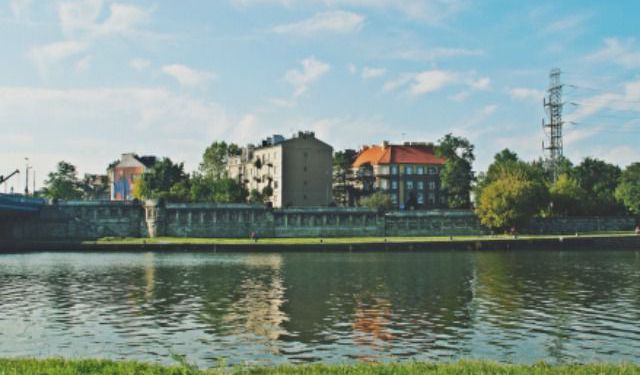 Kazimierz: In the Footsteps of the Jews of Europe, Krakow, Poland (B)

Of all the cities in Poland that I visited during my one-week travels, Kraków was the one I spent the most time in. My main reason for going and staying for three nights was to experience the notorious atmosphere of the old town that – unlike in many other Polish cities – wasn’t destroyed during the Second World War and still stands as it was originally built in the 13th century. And while the old town is remarkable and certainly worth a visit, I found myself being more moved by the less appreciated Kazimierz district; The Jewish Quarter of Kraków and one of the biggest of its kind in Europe.

For over 450 years, the Kazimierz district has been home to the Jewish population of Kraków. It used to be one of the biggest and most active Jewish communities in Europe, but all of that came to an end when the town wall was destroyed in the 19th century and Kazimierz became a part of the larger city of Kraków. The wealthy jews moved to the city, while the poor and most orthodox stayed in Kazimierz and watched as their home took a turn for the worse. ...... (follow the instructions below for accessing the rest of this article).
This article is featured in the app "GPSmyCity: Walks in 1K+ Cities" on iTunes App Store and Google Play. You can download the app to your mobile device to read the article offline and create a self-guided walking tour to visit the attractions featured in this article. The app turns your mobile device into a personal tour guide and it works offline, so no data plan is needed when traveling abroad.