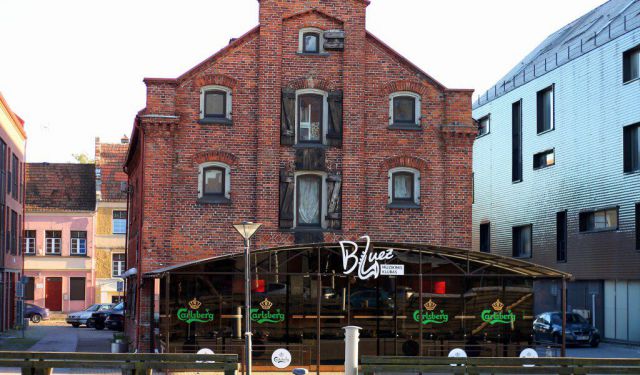 Klaipeda is one of the topmost places to visit in western Lithuania. Renowned for it’s wonderful old town, ice free port and unique character, the city is worth travelling to. And it sits by the beautiful Baltic coast!

I promise the city will impress you with its beautiful architecture, cobbled streets and sandy beaches. Above all, it’s brimming with culture, local legends and an increasingly good food scene. I can’t think of a better place for a Jazz Festival or the amazing Sea Feast. The latter is an explosion of colour, sounds and smells and brings everyone together for three days of full on festivities.

Klaipeda isn’t just a lovely harbour city. Its rich historic past stretches back to 1252 when the Teutonic Order established the city of Memel.

First of all, during the Seven-year war from 1757 until 1762, the city belonged to the Russian Empire. Afterwards, in 1807-1808 Klaipeda became part of Prussia and a royal family residence. Eventually, after WWI, Klaipeda joined the Republic of Lithuania. However, the Soviet Union succeeded in seizing Lithuania in 1945. ...... (follow the instructions below for accessing the rest of this article).
This article is featured in the app "GPSmyCity: Walks in 1K+ Cities" on iTunes App Store and Google Play. You can download the app to your mobile device to read the article offline and create a self-guided walking tour to visit the attractions featured in this article. The app turns your mobile device into a personal tour guide and it works offline, so no data plan is needed when traveling abroad.