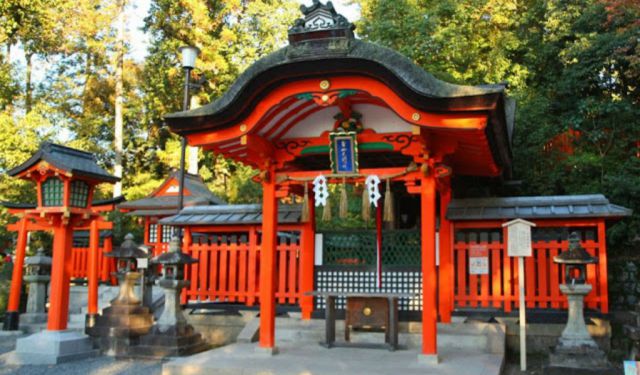 Kyoto by the Thousands, Kyoto, Japan (B)

The prefecture of Kyoto is home to over 1600 Buddhist temples (and 400 Shinto shrines) and in Kyoto I saw not 1000 temples (I don't think I'll ever see all of Kyoto's temples in my lifetime!), but saw...

Kyoto used to be the capital of Japan and, of course, the emperor had a palace. A visit to Kyoto Imperial Palace wasn't in our original plan because we were not able to book a tour online. When we were already in Kyoto, we heard that it was open to the public for the next two days. And so we went. And a thousand or more people went too.

The palace grounds is huge and there were many buildings (though none could be entered). Since there was no tour guide, we just went where the throng of people went. My regret for this tour is that we didn't have a guide who (or at least an audio guide that) could have told us the significance of each structure around the palace.

We visited Kyoto Imperial Palace on November 2015. Seven months later, on July 26, 2016, Kyoto Imperial Palace permanently opened its doors (or should I say gates?) to the public, no prior booking needed! ...... (follow the instructions below for accessing the rest of this article).
This article is featured in the app "GPSmyCity: Walks in 1K+ Cities" on iTunes App Store and Google Play. You can download the app to your mobile device to read the article offline and create a self-guided walking tour to visit the attractions featured in this article. The app turns your mobile device into a personal tour guide and it works offline, so no data plan is needed when traveling abroad.