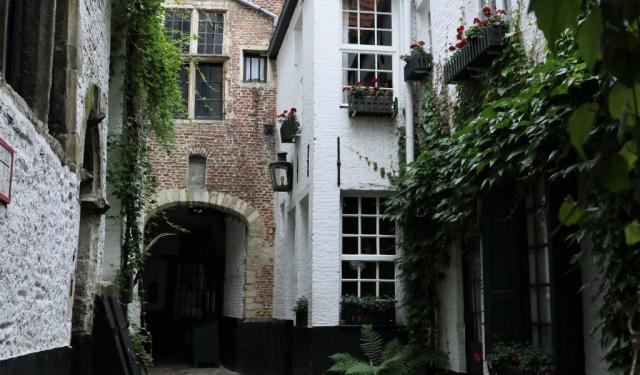 Let Rubens Guide You in his Hometown Antwerp, Antwerp, Belgium (B)

What better way to discover Antwerp than to follow in the footsteps of its greatest master, Pieter Paul Rubens (1577-1640)! Admire his artwork, visit his house, meet his friends and discover the places he frequented during the Golden Age of the harbour city on the Scheldt River.

Already a trained painter, in 1600, Peter Paul Rubens (1577-1640) decided to travel to Italy to study treasures from classical Antiquity and contemporary Italian art. For 8 years, the Flemish painter travelled to Bologna, Florence, Genoa, Venice and Rome before coming back to his hometown of Antwerp to set up his workshop. The timing was right: after more than four decades of religious wars between Catholics and Protestants, the Twelve Years’ Truce (1609-1621) brought hope and trade back to the estuary city on the Scheldt River.

The demand for illustrating theological teachings was high in the northernmost catholic city in Europe. Rubens’ experience in Italy helped him secure religious commissions, and his talented use of vibrant colours and dynamic figures that he honed in the peninsula sustained his success. Rubens later became one of the leading voices of the Catholic Counter-Reformation style. The demand for art work for private homes and civic buildings also allowed Rubens to establish the most significant workshop in the city. ...... (follow the instructions below for accessing the rest of this article).
This article is featured in the app "GPSmyCity: Walks in 1K+ Cities" on iTunes App Store and Google Play. You can download the app to your mobile device to read the article offline and create a self-guided walking tour to visit the attractions featured in this article. The app turns your mobile device into a personal tour guide and it works offline, so no data plan is needed when traveling abroad.