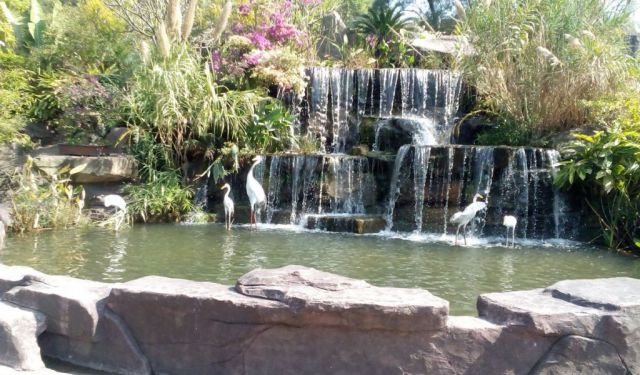 Lotus Hill – Where Quarries Merge with Flowers and Goddesses, Guangzhou, China (B)

Lotus Hill near Guangzhou is one of Pearl River Delta’s popular hills, nestled in the eastern suburb of Panyu City. But before talking about this resplendent place in the mountain, having the same name – Lianhuashan (莲花山) – let’s chat a little about Guangzhou to get you better acquainted.

If you had been following my blog from the outset, you would have noticed I had an article on it. But since that was long ago and it’s quite possible that you have missed it (or forgotten what it was about), here’s me coming to the rescue.

Guangzhou sleeps well in the Guangdong province of south-eastern China as its capital city. What’s really peculiar is that it recently surpassed the Japanese capital to become world’s largest agglomeration with a total population of nearly 50 million people. Yes, that includes other cities, such as Shenzhen, Foshan, Dongguan (the former sex capital of China), and some more, but still, it is gigantic. So humongous, one cannot imagine before being pushed in the subway there. ...... (follow the instructions below for accessing the rest of this article).
This article is featured in the app "GPSmyCity: Walks in 1K+ Cities" on iTunes App Store and Google Play. You can download the app to your mobile device to read the article offline and create a self-guided walking tour to visit the attractions featured in this article. The app turns your mobile device into a personal tour guide and it works offline, so no data plan is needed when traveling abroad.