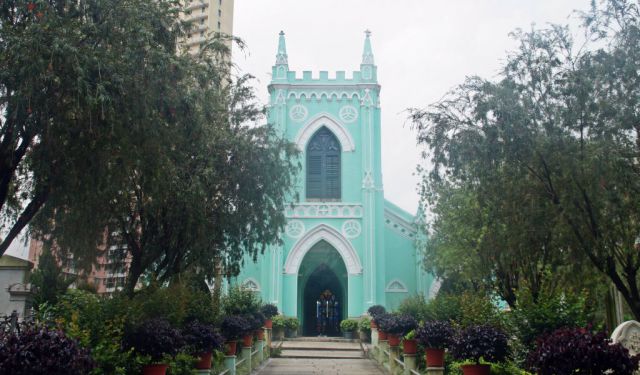 Macao: A Quick Visit to the Asian Las Vegas, Macau, China (B)

Since I had originally planned on exploring more of China on this journey, I bought a flight ticket to Macao, an old Portuguese colony, which is now a special administrative region in China. But I didn’t have time to get my visa to China before I left Denmark back in March, so I decided to change those plans and go to Mongolia instead. But instead of cancelling my flight to Macao and flying directly from Seoul, I decided to fly to Mongolia from Hong Kong, which is located just 70 minutes by ferry from Macao, and that meant that I would still get to explore the city.

Macao is a popular tourist destination, mainly because of its current status as the world’s biggest casino city – in fact, the gambling industry in Macao is seven times bigger than Las Vegas. Thousands come to Macao to gamble in the many fancy casinos and while this is definitely a fun thing to do (but a bit dangerous for the bank account), Macao has much more to offer than just casinos. I’m not particularly interested in gambling, so I decided to explore more of the old town in Macao rather than the glistening modern part. ...... (follow the instructions below for accessing the rest of this article).
This article is featured in the app "GPSmyCity: Walks in 1K+ Cities" on iTunes App Store and Google Play. You can download this article for FREE and read it offline on your mobile device.