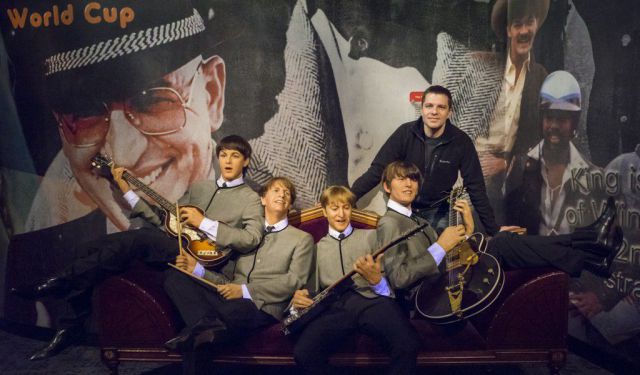 I always assumed that if I wanted to visit Madame Tussauds wax museum, I would have to visit the well-known location in London. I recently discovered that there are Madame Tussauds sprinkled worldwide, with multiple locations in Europe, the United States, the Far East, and a location in Australia. Since we have never bothered to visit the original museum in London, Zena and I decided to indulge our inner tourists and visit the famous wax museum on a recent trip to New York City.

Anna Maria “Marie” Grosholtz was born in France in 1760 but was raised in Bern, Switzerland. Her mother was a housekeeper for Dr. Philippe Curtius, a physician skilled in wax modeling. Curtius taught Marie the art of wax modeling and she later became his apprentice.

Marie showed talent for the technique of wax modeling, creating her first sculpture of Voltaire in 1777. Over the next decade she created several famous portraits, including Benjamin Franklin and Jean-Jacques Rousseau. Once the French Revolution began in 1789, Marie began modeling death masks of many prominent victims such as Louis XVI, Marie Antoinette, and Robespierre. ...... (follow the instructions below for accessing the rest of this article).
This article is featured in the app "GPSmyCity: Walks in 1K+ Cities" on iTunes App Store and Google Play. You can download the app to your mobile device to read the article offline and create a self-guided walking tour to visit the attractions featured in this article. The app turns your mobile device into a personal tour guide and it works offline, so no data plan is needed when traveling abroad.