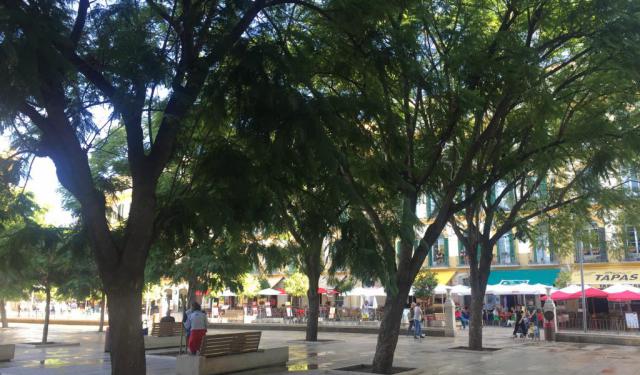 Unsurprisingly, I love visiting food markets when I’m in a new city. And I like to go fairly early in the morning when it’s mainly locals shopping rather than later in the day when the tourists descend. Malaga’s Mercado Atarazanas is a delight, full of the most glorious food and lit up by light from a beautiful stained glass window at one end. From the outside, its Moorish heritage is obvious; it has an Arabic look. The name Atarazanas comes from the Arabic word for shipyard and one stood there during the Moorish rule which spanned centuries from 711AD until around 1487. The original building was demolished in 1868 and rebuilt 8 years later but Moorish elements were added to the design.

Malaga is famous for sardines and I stopped for a while to watch a fishmonger fillet some. I also saw a glorious selection of mushrooms.

Some of the tomatoes were enormous and misshapen but I’m sure they tasted wonderful. And there were white aubergines, which I’d never seen before. ...... (follow the instructions below for accessing the rest of this article).
This article is featured in the app "GPSmyCity: Walks in 1K+ Cities" on iTunes App Store and Google Play. You can download the app to your mobile device to read the article offline and create a self-guided walking tour to visit the attractions featured in this article. The app turns your mobile device into a personal tour guide and it works offline, so no data plan is needed when traveling abroad.