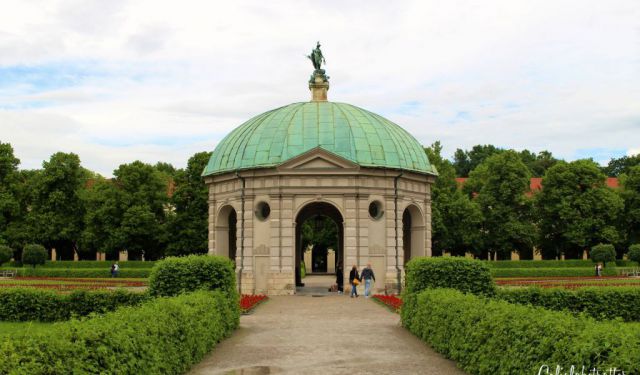 Munich, a village in comparison to Berlin, yet you can still feel the hustle and bustle of this ever growing Bavarian capital. Lederhosen and Suits make for an unlikely combination as the city is still deeply rooted in traditions while at the same time is a business powerhouse within the European economy. But there is sooo much to see and do beyond just coming for the world’s most famous beer festival, Oktoberfest.

Munich is one of those cities that for me took a couple of visits before I truly began to appreciate its charm. It gets incredibly busy and touristy, it’s a bit expensive and traffic is terrible. But beyond those negative bits, Munich is really a wonderful city with amazing architecture, beautiful parks, fascinating history, great shopping and is a food lover’s paradise, not to mention the beer!! So I’ll be sharing with you 25+ things to do in Munich from an expat’s point of view!

Founded in 1158, Munich was the seat of the Wittelsbach dynasty in 1255, of which King Ludwig II who built Schloss Neuschwanstein came from. However, the town was always out shined by its neighboring cities of Augsburg and even Nuremberg until it became the capital of the Kingdom of Bavaria (which some Bavarians still claims to exist). The capital continued to prosper until it became a breading ground for the Nazi movement after the First World War ultimately leading to disaster during the Second World War. Thankfully it has all been restored to its former glory.  ...... (follow the instructions below for accessing the rest of this article).
This article is featured in the app "GPSmyCity: Walks in 1K+ Cities" on iTunes App Store and Google Play. You can download the app to your mobile device to read the article offline and create a self-guided walking tour to visit the attractions featured in this article. The app turns your mobile device into a personal tour guide and it works offline, so no data plan is needed when traveling abroad.