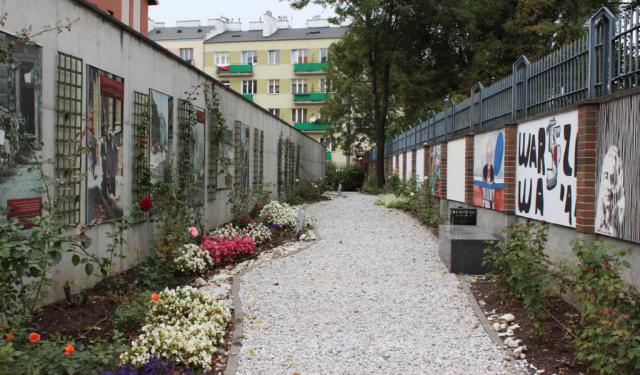 The Eastern European countries suffered greatly during World War II. Warsaw was no exception; in fact, this city suffered some of the most burdens during the war of all the Eastern countries. The Warsaw Uprising has strong connections to Poland's historic roots, which kept its country and culture in tact during a time of death and destruction. If searching for a bit of WWII history, be sure to visit these sites.

​If visiting Warsaw, the Warsaw Uprising Museum is a must to discover the hardship of the Polish during World War II. The Polish Underground Resistance initiated the uprising on August 1, 1944 as part of an anti-Nazi operation. This started a 63 day struggle of the Warsaw underground against the Nazis. Outside one experiences various images and paintings dedicated to those who died and the names of the people who served on the marble wall. The underground did not have enough weapons and most sacrificed their lives for the belief in saving Warsaw. Over 200,000 Polish citizens died.  ...... (follow the instructions below for accessing the rest of this article).
This article is featured in the app "GPSmyCity: Walks in 1K+ Cities" on iTunes App Store and Google Play. You can download the app to your mobile device to read the article offline and create a self-guided walking tour to visit the attractions featured in this article. The app turns your mobile device into a personal tour guide and it works offline, so no data plan is needed when traveling abroad.