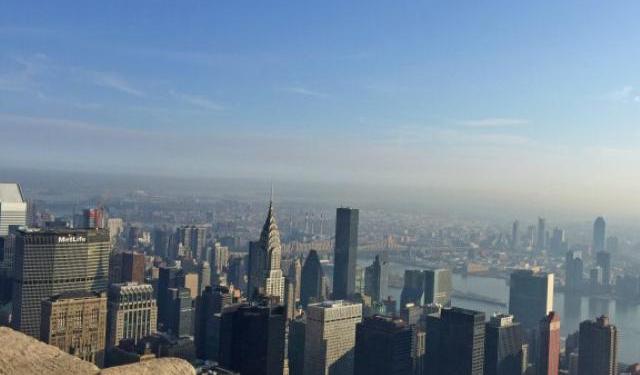 Being a competitive person, nothing appeals more to me than a challenge. For instance: How many attractions can you see in one day in New York City? Four? Five? Nine? The only thing stopping me from trying was money. No one wants to spend three hundred dollars a day on tourist attractions. Upon doing research for another blog post, I came across the website for NYPass. It’s a card that allows you to get free access to 100+ attractions in New York City. The card cost $127 for one day, and I wanted to see if it was worth purchasing. The idea was simple. See how many things I could see in one day, and how much money I could save while doing it. Challenge accepted.

My day started at the Empire State Building on 34th Street. I actually arrived at 9:00am but the line was so long that I recommend you get there early to avoid the crowd. Knowing I was on a strict schedule, I only had time to snap a hand full of photos before heading back down to street level. Although the view is spectacular, I would not pay the regular $58. Even when friends visit, I always recommend Top of the Rock. It’s the same price, has three roofs, is less crowded, and you can see the Empire State Building. However, since it was included in the pass, and since it opens at 8am, before any other attraction, it was an obvious choice. ...... (follow the instructions below for accessing the rest of this article).
This article is featured in the app "GPSmyCity: Walks in 1K+ Cities" on iTunes App Store and Google Play. You can download the app to your mobile device to read the article offline and create a self-guided walking tour to visit the attractions featured in this article. The app turns your mobile device into a personal tour guide and it works offline, so no data plan is needed when traveling abroad.