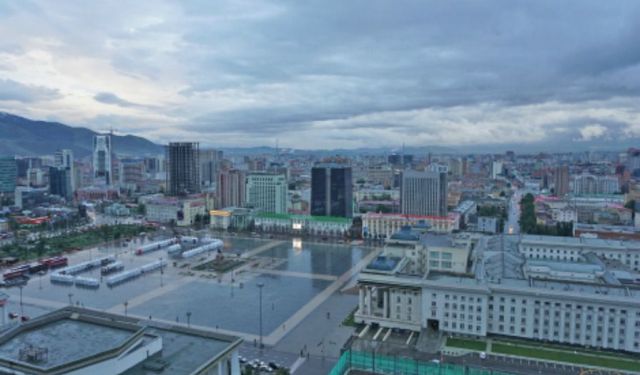 Not Just Any Sunday in Ulan Botar, Ulan Bator, Mongolia (B)

Mongolia’s national airline, MIAT Mongolian Airlines, connects Seoul to Ulaanbataar in 3 hours. However, bad weather and turbulence can cause frequent flight delays or a longer flight duration. We reached Ulaanbaatar rather late on a wet Saturday evening. We took a cab and reached the heart of the city in about 30 minutes. Outside my window, it was hard to escape the obvious Russian influence. However, as a discerning traveller, I also knew it was too early for any kind of impression.

We rarely splurge on trips and prefer budget hotels, homestays, or hostels. The thought of spending the next 6 days in gers(yurts) made us opt for a luxury hotel — in a desperate attempt to hold on to modern living. And Best Western Premier Tuushin Hotel doesn’t disappoint. The view from the 20th Floor was breathtaking. We could see clouds make rain below or cast shadows on the mountains — when the sun peeked from hiding. We also got a bird’s eye view of Sukhbaatar Square and the illegal gers that dot the slopes of the mountains. On a gloomy Sunday morning there were hardly any people at the square and it was the perfect point to kickstart our day of exploration. ...... (follow the instructions below for accessing the rest of this article).
This article is featured in the app "GPSmyCity: Walks in 1K+ Cities" on iTunes App Store and Google Play. You can download the app to your mobile device to read the article offline and create a self-guided walking tour to visit the attractions featured in this article. The app turns your mobile device into a personal tour guide and it works offline, so no data plan is needed when traveling abroad.