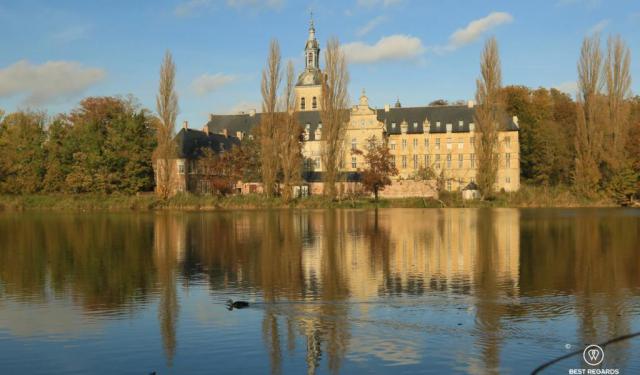 Only 26 kilometres from the Belgian and European capital Brussels, Leuven is a compact student town of 100,000 inhabitants, plus another 60,000 during the school year! Nicknamed the Oxford of Belgium, it competes – gently – against the 2.5-times larger university city of Ghent. Off-the-beaten path, the authentic and historical Leuven is vibrant, young and international, characteristics not often found in such compact towns: all the more reasons to spend a weekend in Leuven between discovering its brewing culture in one of its 240 pubs, exploring its interactive museums, and venturing by bike to some of its picturesque abbeys. For a perfect 48 hours in town read on to find out which places must be on your list!

Started with the Duke of Brabant’s fortifications, Leuven was along the Roman highway that led to Bruges, contributing to its wealth in the start of the 1200’s. After ups and downs following the successes and failures of the linen industry, the university was established (1425), and plans for a new city hall were made: a jewellery box with its four towers at the corners in a symmetric and New Gothic style came out of the ground. If most of the statues are more recent, the original 15th century corbel pedestals are recognizable by the biblical scenes they depict, focusing on guilt and punishment to instruct and warn. To know everything about the hall of fame of Leuven, check out this article! ...... (follow the instructions below for accessing the rest of this article).
This article is featured in the app "GPSmyCity: Walks in 1K+ Cities" on iTunes App Store and Google Play. You can download the app to your mobile device to read the article offline and create a self-guided walking tour to visit the attractions featured in this article. The app turns your mobile device into a personal tour guide and it works offline, so no data plan is needed when traveling abroad.