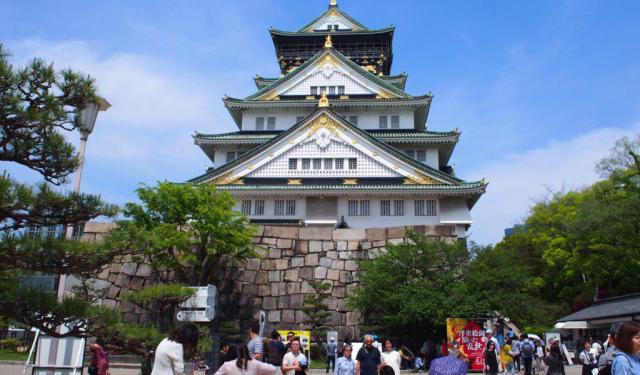 A bustling and vibrant metropolis, Osaka is the economic powerhouse of the Kansai region and Japan’s second largest metropolitan city after Tokyo. There are two major city centers in Osaka: Kita (North) and Minami (South). Both are served by a large network of train companies and subway lines so it’s extremely easy to move around the city as well as travel to other parts of Japan. Known as the entertainment district of Osaka, Namba is the heart of Minami and offers travelers a plethora of shopping and dining choices that will make your head spin. If you’re planning a multi-city Japan trip, Namba is the perfect place to start your vacation before moving on to Kyoto and other quieter cities. If you do it the other way around, it’s a bit of a shock to the system! Using a Japan Rail Pass is a great way travel through Japan but if you’re just interested in a small number of cities or a certain region, look into these specific JR regional passes to cut costs.

The massively popular roofed arcade is 580 meters long (about seven blocks) with approximately 180 stores made up of independent boutiques, major department stores, and cafes. During the weekend, it gets packed and can be suffocating with more than 120,000 shoppers passing through it. ...... (follow the instructions below for accessing the rest of this article).
This article is featured in the app "GPSmyCity: Walks in 1K+ Cities" on iTunes App Store and Google Play. You can download the app to your mobile device to read the article offline and create a self-guided walking tour to visit the attractions featured in this article. The app turns your mobile device into a personal tour guide and it works offline, so no data plan is needed when traveling abroad.