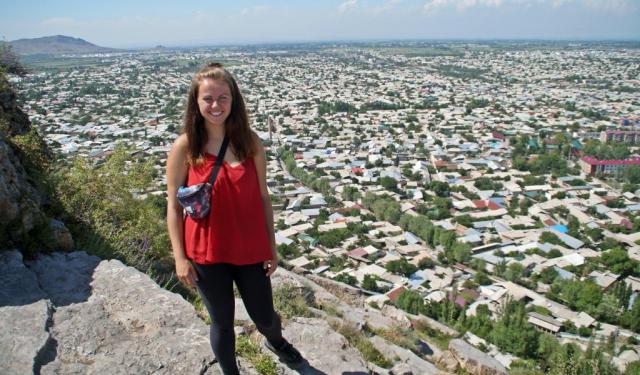 Osh: An Insight Into the Divided Ferghana Valley, Osh, Kyrgyzstan (B)

The Ferghana Valley is a densely populated valley in Central Asia, located between the Tian Shan Mountains in the north and the Alai Mountains in the south. The valley is divided between Kyrgyzstan, Tajikistan and Uzbekistan, three countries of the former Soviet Union. It’s 300 km. long and 150 km. wide and is inhabited by over 10 million people. The valley is very ethnically diverse and has been the scene of many ethnic conflicts in recent years. The valley has seen much more violence and uprisings than any other place in Central Asia.

Our last stop in Kyrgyzstan before heading to Tajikistan, was the city of Osh, one of the biggest cities in the Ferghana Valley. Osh is a city that is very rich on history and its estimated to be more than 3000 years old, making it the oldest city in Kyrgyzstan. Osh is very different from any other city in Kyrgyzstan, mainly because of its ethnically mixed population, comprising Kyrgyz, Tajiks, Uzbeks, Russians and other smaller ethnic groups. The region is also much more religious and conservative than the rest of Kyrgyzstan, where most people are liberal muslims. ...... (follow the instructions below for accessing the rest of this article).
This article is featured in the app "GPSmyCity: Walks in 1K+ Cities" on iTunes App Store and Google Play. You can download the app to your mobile device to read the article offline and create a self-guided walking tour to visit the attractions featured in this article. The app turns your mobile device into a personal tour guide and it works offline, so no data plan is needed when traveling abroad.