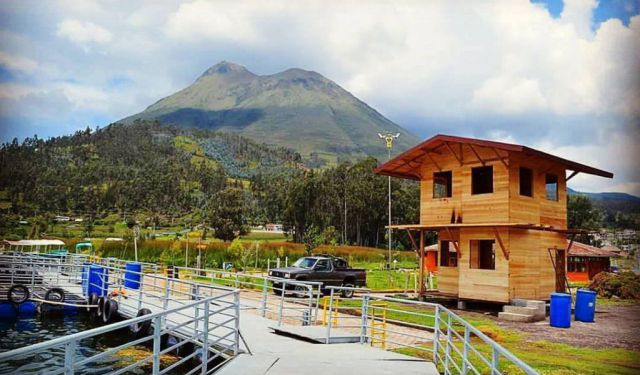 Otavalo is a valley in northern Ecuador surrounded by peaks of Imbabura, Cotacachi and Mojanda volcanos. The town is famous for its indigenous population and a 100 years old market, a major artisan fair of Ecuador and South America called “The Plaza of Ponchos”.

Indigenous Otavaleños are economically considered to be the most successful indigenous group of Latin America. They are famous for weaving textiles, usually made of wool. Otavalo is also known for its traditional Andean Folklore music and musicians. Every summer the music of Otavalo and the surrounding areas plays a primary role in the indigenous festival for the summer solstice, called Inti Raymi.

Men are known as Otavaleños and women as Otavaleñas. Otavaleñas traditionally wear distinctive white embroidered blouses, with flared lace sleeves and black or dark over skirts. They usually have many strings of gold beads around their necks, with the number of strands and thickness of beads representing their age and wisdom, and matching tightly wound long strings of coral beads around each wrist. Men wear white trousers, and dark blue ponchos. ...... (follow the instructions below for accessing the rest of this article).
This article is featured in the app "GPSmyCity: Walks in 1K+ Cities" on iTunes App Store and Google Play. You can download the app to your mobile device to read the article offline and create a self-guided walking tour to visit the attractions featured in this article. The app turns your mobile device into a personal tour guide and it works offline, so no data plan is needed when traveling abroad.