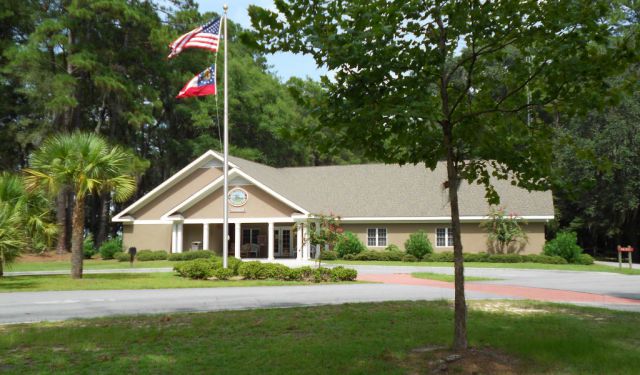 Outside Downtown, Savannah, Georgia (B)

From the barrier islands facing the Atlantic, to an extensive wildlife refuge through which the Savannah River flows, the area surrounding Savannah is worth exploring for a day, a week, or a month. There are antebellum forts, plantations, lighthouses, beaches and exquisite little riverfront villages shaded by live oaks.

You can explore a canal system that brought cotton from Georgia’s interior to the Port of Savannah prior to the Civil War. Rent a boat and visit an uninhabited coastal island. Scuba dive in a marine sanctuary. Historic Savannah is a unique and amazing city, but it is what it is largely because of where it is. The river, the wetlands, the salt marshes, the islands and the ocean defined Savannah. Explore or you’ll miss half the story.

Catch a ball game and a piece of history. The Savannah Bananas are a minor league baseball team and are a member of the A-level South Atlantic League. The Bananas play their home games at Grayson Stadium. Opened in 1927, this is the oldest working minor league ballpark in America. The stadium holds about 4,000 fans. Originally known as Municipal Stadium, the park underwent major renovations in 1941, following a hurricane. Spanish-American War veteran General William L. Grayson led the effort to get the $150,000 needed to rebuild the stadium. In recognition of Grayson, the stadium was renamed in his honor. (912) 351-9150 ...... (follow the instructions below for accessing the rest of this article).
This article is featured in the app "GPSmyCity: Walks in 1K+ Cities" on iTunes App Store and Google Play. You can download the app to your mobile device to read the article offline and create a self-guided walking tour to visit the attractions featured in this article. The app turns your mobile device into a personal tour guide and it works offline, so no data plan is needed when traveling abroad.