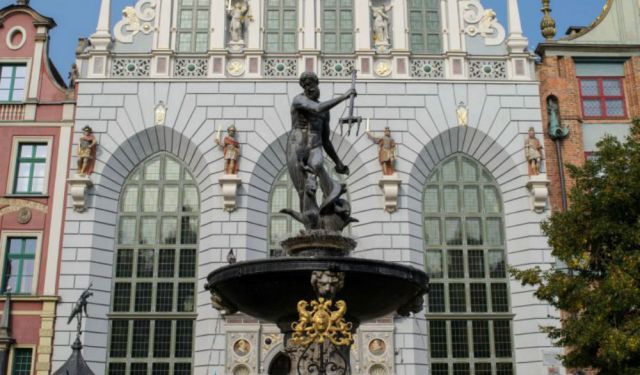 Photo Series: The Magnificent City of Gdansk, Gdansk, Poland (B)

One of my standout favourite destinations from my visit to Poland was the magnificent city of Gdansk. This port city on Poland’s northern Baltic coast is home to some incredible architecture and waterfront scenes. Once known as the german city of Danzig, the city’s storied past is reflected in its magnificent sights.

Despite the considerable destruction rained down upon it during World War II, the city has been rebuilt paying homage to its illustrious past and visitors will certainly reap the reward of that effort. While Gdansk is a large, sprawling city of 460,000 people, most visitors explore the Śródmieście district or as its known in English, “Main City”. This includes the most popular tourist areas, including the actual old town and the part that people mistake for the old town.

What follows is a virtual tour of sorts, showing you the many picturesque spots through this marvellous city.

It’s likely that at first, your visit to the main town is going to start with one of the two imposing gates that bookend the lively Long Lane. The names of both gates may come across as a little confusing as neither fully embodies their colour. On the western end by the Prison Tower you have the Golden Gate and on the far end by the waterfront, the Green Gate can be found. To help you remember, you’ll notice various golden touches on the Golden Gate, while the Green Gate’s windows do have a green tinge to them. ...... (follow the instructions below for accessing the rest of this article).
This article is featured in the app "GPSmyCity: Walks in 1K+ Cities" on iTunes App Store and Google Play. You can download the app to your mobile device to read the article offline and create a self-guided walking tour to visit the attractions featured in this article. The app turns your mobile device into a personal tour guide and it works offline, so no data plan is needed when traveling abroad.