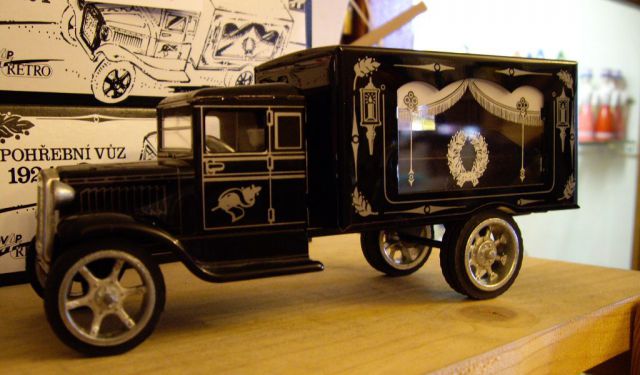 Previously known mainly for its beer and ice-hockey (both for a very good reason), today's Czech Republic - and, primarily, its capital city Prague - is seen among the top European tourist destinations emerged following the breakup of the Soviet Bloc. A shooting ground for some Hollywood blockbusters (like "Mission Impossible"), Prague is a lure for architecture and history buffs, and can offer many other delights to those interested in finely-made and tasteful things. To learn which, check out this guide!

Compared to other Czech handicrafts, porcelain is relatively new. Thun, the first and best-known Czech porcelain manufacturer, was established in the town of Klášterec in 1794. The company is headquartered now in the village of Nová Role, near Karlovy Vary, where large deposits of white clay and other raw materials attracted so many porcelain makers that Karlovy Vary became known as “the capital of porcelain.” While Thun is justifiably famous, there are many other quality labels available in Prague shops. What you buy is a matter of taste, budget and intent – whether you want collectibles or durable kitchenware for everyday use. You will find plenty of both at Dana Bohemia, which carries the noted pink line of Thun products, as well as a large selection of pieces from Leander and Concordia, known for its Bernadotte relief set. A few steps away, the Original Bohemia shop offers a full collection of that label, and a large assortment of items from Český porcelán Dubí with the distinctive “blue onion” pattern. Dana Bohemia is located at Narodní 43, open Monday through Saturday 9 a.m. - 7 p.m., Sunday 11 a.m. - 7 p.m. Original Bohemia is at Perlová 10, open weekdays 9 a.m. - 6 p.m., Saturday 9 a.m. - 1 p.m. Individual pieces start at 200 korunas, larger pieces at 1,000 korunas, and full sets typically range from 6,000 – 13,000 korunas. ...... (follow the instructions below for accessing the rest of this article).
This article is featured in the app "GPSmyCity: Walks in 1K+ Cities" on iTunes App Store and Google Play. You can download the app to your mobile device to read the article offline and create a self-guided walking tour to visit the attractions featured in this article. The app turns your mobile device into a personal tour guide and it works offline, so no data plan is needed when traveling abroad.