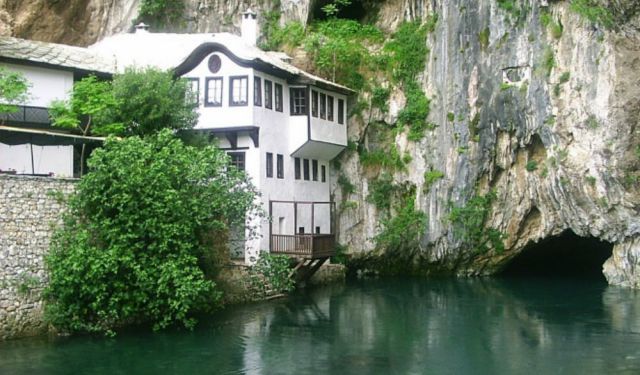 Mostar in Bosnia and Herzegovina really stole my heart. It might be small, but god, is it beautiful! I don’t know what exactly had drawn me to be so adamant about visiting here but whatever it was – I’m glad it did!

Mostar is definitely a place that will take you by surprise. Although when you research it you will be inundated with pictures of Stari Most (The Old Bridge) the town is so much more than that. Here are some reasons why you should put Mostar on your list.

The main attraction in Mostar and with very good reason. This 16th Century bridge which connects two sides of the city spans 28 metres across the Neretva River and 24 metres high. It stood for 427 years before being destroyed in 1993 in the Bosnian War (something which you can still see evidence of all around the city). But thankfully it was restored and re-opened to the public in 2004.

If you are lucky enough you can watch one of the locals take the giant leap of faith off the bridge, or if you are brave enough you can do it yourself! Onlu those who sign up, go through training off a diving board into the river and show the right technique are granted to make the jump into the amazing, green (and freezing!) river below. ...... (follow the instructions below for accessing the rest of this article).
Image Courtesy of Martin Brož.
This article is featured in the app "GPSmyCity: Walks in 1K+ Cities" on iTunes App Store and Google Play. You can download this article for FREE and read it offline on your mobile device.