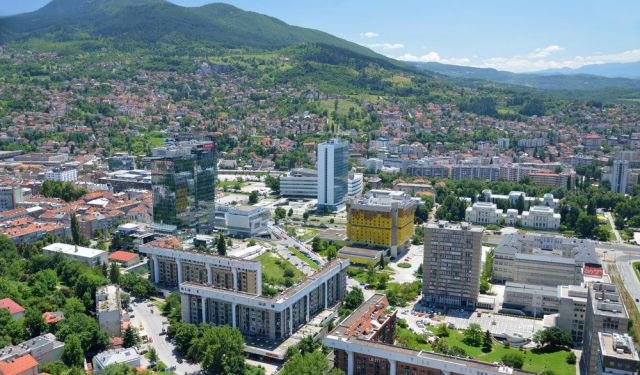 Sarajevo - A City at the Crossroad of Civilizations, Sarajevo, Bosnia-Herzegovina (B)

Sarajevo, the capital of Bosnia and Herzegovina, is probably one of the least known and visited European capitals. It's not big, populated by less than half a million people. However, the history of Sarajevo is so rich, complex and turbulent that even if the city had given half of its past away to some of the world's greatest metropolises, it would still be enormously interesting for a foreign visitor. Strolling down the streets of the old town, you'll get the impression that it was glued together from pieces that came from all parts of Europe and the Middle East: at one corner, you'll think you're in Prague admiring Christian churches and a street later when you notice oriental stalls, bazaars and Ottoman Mosques, you'll feel as if you were transported to Istanbul.

Boasting of cosmopolitan cities and beautiful quaint villages, tourism in Bosnia has been increasing manifolds over the last two decades. While popular tourist destinations like Sarajevo, Banja Luka, and Mostar brag of unlimited shopping, food and nightlife options throughout the year, the demand for Bosnia and Herzegovina tour packages is also on an all-time high thanks to its luxury ski resorts, beautiful national parks, and lush, dense forests. A holiday in Bosnia will ensure you have great memories for a lifetime. ...... (follow the instructions below for accessing the rest of this article).
This article is featured in the app "GPSmyCity: Walks in 1K+ Cities" on iTunes App Store and Google Play. You can download the app to your mobile device to read the article offline and create a self-guided walking tour to visit the attractions featured in this article. The app turns your mobile device into a personal tour guide and it works offline, so no data plan is needed when traveling abroad.