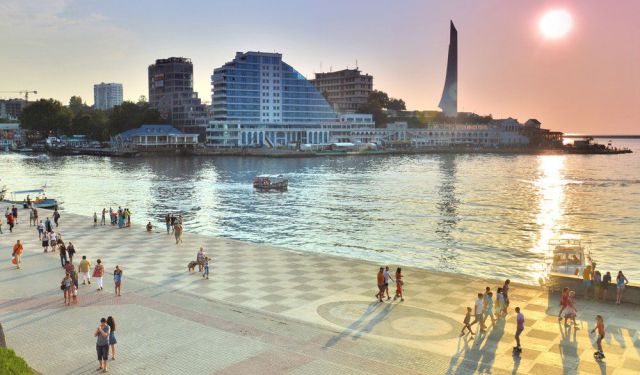 When you think about the Ukraine, the first thing that usually comes to mind is the economic instability, political problems, bad roads, or... nothing at all. For most Westerners, even after Euro 2012 Championships, the Ukraine still remains a black spot on the map of Europe. A place completely unknown, so close and yet so far. Few people from the west choose it as a holiday destination. And if you are looking for a little adventure, it would be a perfect place for you.

When I started to explore the Ukrainian land, many things surprised me really positively, although some confirmed the stereotypes about the post-soviet countries. Anyway, Ukraine still remains one of my favorite destinations. Before I visited Crimean Peninsula I had no idea there were ruins of Ancient Greek settlements in Ukraine. Eastern European countries are mainly associated with gray, heavy apartment blocks and not with the sophistication and beauty of the ancient architecture. Sevastopol, to some extent (apart from the beautiful promenade by the sea) is heavy, coarse and gray indeed, yet the ruins of Chersonesus (or Chersonesos) give it a nice touch. ...... (follow the instructions below for accessing the rest of this article).
This article is featured in the app "GPSmyCity: Walks in 1K+ Cities" on iTunes App Store and Google Play. You can download the app to your mobile device to read the article offline and create a self-guided walking tour to visit the attractions featured in this article. The app turns your mobile device into a personal tour guide and it works offline, so no data plan is needed when traveling abroad.