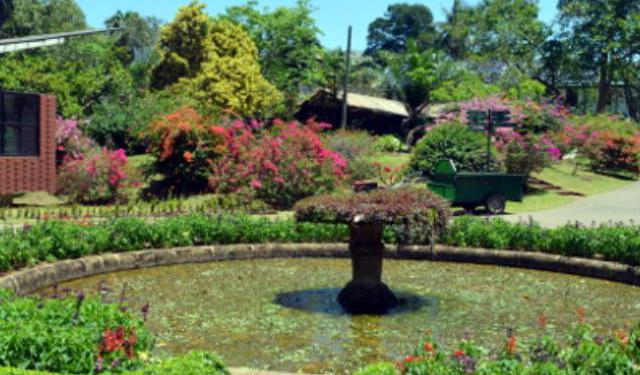 Kandy is one of Sri Lanka’s largest cities, sitting among the hills and mountains that surround it. It’s a fairly religious city, home to one of the most sacred Buddhist temples in the world. You can pack all of Kandy’s main attractions into one day of sightseeing.

The Temple of the Sacred Tooth Relic is located in the Royal Palace complex, which is massive and houses not only the temple, but several buildings where the former rulers of the Kingdom of Kandy resided. Some of the buildings are not accessible to the public and those that are have been turned into museum spaces.

The Temple of the Sacred Tooth Relic houses, you guessed it, a sacred tooth of the Buddha. The tooth itself isn’t visible. It’s kept in a golden mini stupa, and for the majority of the day, this is hidden behind a door which is only opened three times a day for devout invitees to visit and pray. During this time, there is a short ceremony that includes traditional drumming, and visitors can go upstairs to see the tooth. As a tourist, you can only see it from far away. ...... (follow the instructions below for accessing the rest of this article).
This article is featured in the app "GPSmyCity: Walks in 1K+ Cities" on iTunes App Store and Google Play. You can download the app to your mobile device to read the article offline and create a self-guided walking tour to visit the attractions featured in this article. The app turns your mobile device into a personal tour guide and it works offline, so no data plan is needed when traveling abroad.