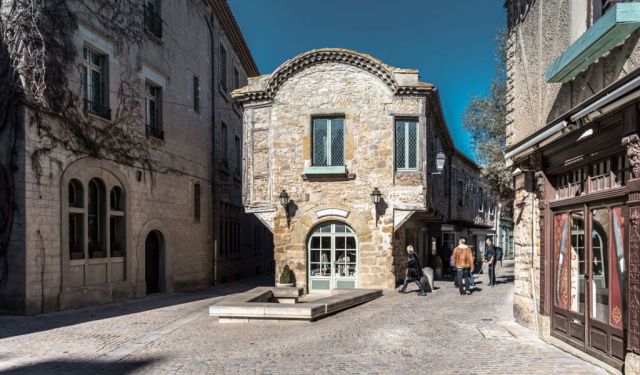 In southern France’s Languedoc region, you will find La Cité de Carcassonne, a magnificent medieval walled city and one of France’s most famous monuments.

We have mixed feelings about Carcassonne. Admittedly, when the double walled impenetrable fortress with its 52 watchtowers suddenly appears, it is impressive, in a Disney fairytale castle kind of way.

Then as you arrive at the site and navigate your way into the very organised, over priced parking, you begin to realise the sheer volume of tourists you are about to encounter. You also begin to wonder if you have arrived at a film set, not a UNESCO site.

Carcassonne dates back to 100Bc when Romans first fortified the hilltop. Major additions and modifications were made throughout the 12th, 13th and 14th centuries resulting in a very impressive, self sufficient and impenetrable citadel. A city within a city.

The city survived countless battles, abandonment of fortifications after the treaty of the Pyrenees and even an order of demolition by Napolean. Despite the odds Carcassonne underwent a massive restoration project commencing in 1853. The project met with a lot of criticism. The fortified city was in such disrepair some creative licence was needed with the architectural design. Regardless, the final product has been hailed as a work of genius and given the final nod by UNESCO. ...... (follow the instructions below for accessing the rest of this article).
This article is featured in the app "GPSmyCity: Walks in 1K+ Cities" on iTunes App Store and Google Play. You can download the app to your mobile device to read the article offline and create a self-guided walking tour to visit the attractions featured in this article. The app turns your mobile device into a personal tour guide and it works offline, so no data plan is needed when traveling abroad.