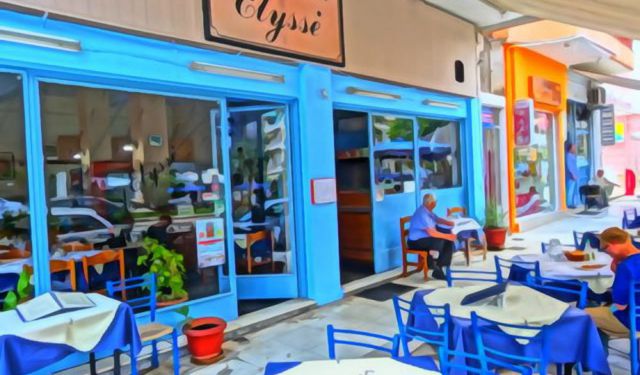 I guess I have always had an affinity for Sparta. After all it is my home town. Kinda-sorta. I'm a Spartan despite never having spent even one night here. I don't think my father has ever spent the night here either. My grandfather maybe. Like many of my fellow 'Spartans' my family came from a small village near Sparta. In my case it was the village of Kalithea, originally called Zarafona. But when people asked where we were from in Greece it was easier to say Sparta. People have a general idea of its history and where it is and it enables me to say I am a Spartan which implies heroic ancestry, rather than I am a Kalithean which means I am someone with a nice view or a Zarafonian which I am not sure what it means. Maybe someone who shops at a Spanish department store and brags about it.

But even though I am not really from Sparta I still know that it is within the realm of possibility that my ancestors fought alongside of Leonidas when the Lacedemonians held off the Persians at Thermopylae, or defeated Athens, subjugated the Helots, and destroyed the armies of foreigners and neighbors. I am not a 'proud Spartan'. I am pretty sure that had I been born in those days I probably would have been one of those babies thrown from the cliff or left to die of exposure to keep the Spartans from becoming a race of degenerates. Nevertheless, once I get past Tripolis and the main highway goes towards Kalamata and the exit to Sparta leads to a two lane road past farms, villages and rocks, I start to get the feeling that I am entering my home territory. ...... (follow the instructions below for accessing the rest of this article).
This article is featured in the app "GPSmyCity: Walks in 1K+ Cities" on iTunes App Store and Google Play. You can download the app to your mobile device to read the article offline and create a self-guided walking tour to visit the attractions featured in this article. The app turns your mobile device into a personal tour guide and it works offline, so no data plan is needed when traveling abroad.