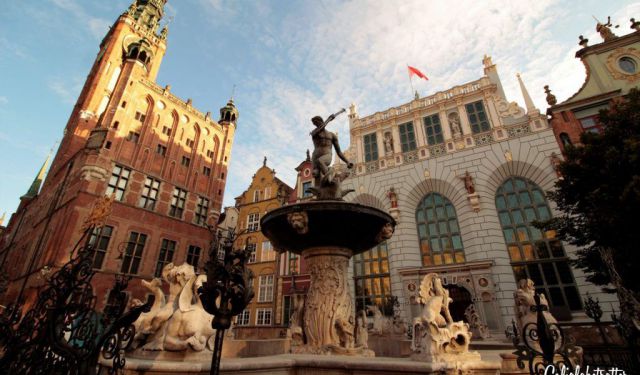 As one of the finest cities in northern Europe along the Baltic coast, Gdańsk is a charming city loaded with beautiful architecture and waterfront views along its ports. Having had the misfortune of being the location of the first shots fired during the Second World War, it would later lay in almost complete ruin by the end of the war. Almost eight decades later, the city has been gloriously rebuilt and has so much to offer, along with the neighboring towns of Gdynia and Sopot.

A special thanks for showing us around you’re beautiful city for which without you I may never have made it to! Sorry it took me 10 years to finally get there, but I see many future returns and a life long friendship! xx

Gdańsk – a city I had always wanted to visit ever since I made friends with a fellow exchange student while studying abroad in Heidelberg back in 2007. Over the last 10 years, there were multiple attempts and much discussion of visiting my dear friend, and even secret plotting being drawn up to send me there as a gift by my mother before I up’ed and moved to Europe. Needless to say, a decade later, I finally made it to visit my friend and see her beautiful hometown. And boy, I fell deeply in love with Gdańsk and foresee many future returns! So I forewarn you that this post is picture intense!! ...... (follow the instructions below for accessing the rest of this article).
This article is featured in the app "GPSmyCity: Walks in 1K+ Cities" on iTunes App Store and Google Play. You can download the app to your mobile device to read the article offline and create a self-guided walking tour to visit the attractions featured in this article. The app turns your mobile device into a personal tour guide and it works offline, so no data plan is needed when traveling abroad.