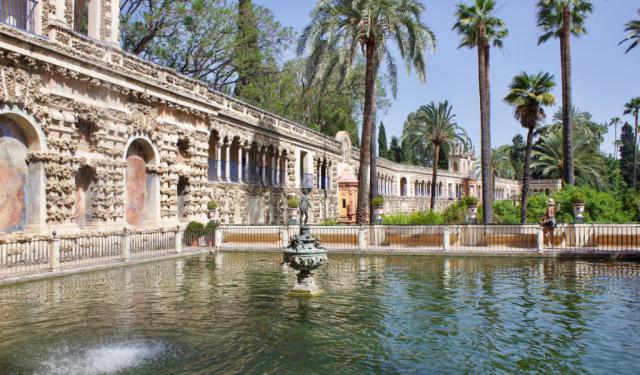 The Best Cultural Things to Do and See in Seville, Seville, Spain (B)

Seville is a city with soul and culture. There is something magical about Seville, Spain. Maybe it’s the orange trees? Maybe it’s the ancient architecture? Maybe it’s the soul that comes from the locals? Whatever it is, this city has no shortage of cultural sites, landmarks and things to do. When in Seville, be sure to explore Seville’s soul before and after sunset. ​

What looks like a giant Ruffles potato chip is actually an architectural walkway. Known as The Mushrooms, this wooden structure was meant to replicate fungi. During its construction in 2005, Roman ruins were discovered underground, which are displayed in The Mushroom’s ground level museum. Walking through the wooden fungi features exquisite views of the city, making it a perfect spot to watch the sunset.

This Roman Catholic Church is one of the highlights in Seville. Completed in the 16th Century, the Seville Cathedral became the largest church in the world supplanting the Hagia Sophia in Istanbul. The Giralda Tower is 343 meters in height, and was covered into a bell tower after the Reconquista. The "El Giraldillo" statue on top was installed in 1568 to represent the triumph of the Christian faith. The cathedral contains the remains of Christopher Columbus's remains, which has once been transported to various places around the globe. ...... (follow the instructions below for accessing the rest of this article).
This article is featured in the app "GPSmyCity: Walks in 1K+ Cities" on iTunes App Store and Google Play. You can download the app to your mobile device to read the article offline and create a self-guided walking tour to visit the attractions featured in this article. The app turns your mobile device into a personal tour guide and it works offline, so no data plan is needed when traveling abroad.