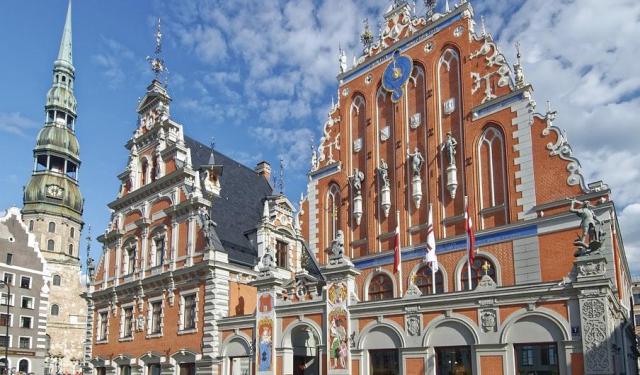 Riga, Latvia is a historic yet cosmopolitan city located in the Baltic. As the capital city of Latvia, Riga’s Old Town is must visit to discover the city’s history, culture and vibrancy. Riga’s roots date back to 1201 as a German had a quest to conquer Latvian natives and convert them into Christianity. Since then, Latvia has been conquered by Sweden, Germany, Russia and the Soviet Union. Old Town Riga is an illustration of European history, a battle between rulers, borders and lands.

Since its independence in 1991, Latvia is on the rise and today, one of the most precious cities in the Baltic. Be sure to explore these historical sites to learn more about Latvia and its ascension over centuries of struggle and hardship.

This 14th Century building originated as a guild for merchants and craftsmen who were joined by a brotherhood of banquet caterers called the Blackheads. Many Blackheads were German and banded together to protect their trading rights from robbers and pirates. Later, the brotherhood partnered with the patrician elite and rose into great power. Destroyed from a bomb raid in World War II, the House of Blackheads was rebuilt in 1999. Today, this former guild homes the President of Latvia.  ...... (follow the instructions below for accessing the rest of this article).
This article is featured in the app "GPSmyCity: Walks in 1K+ Cities" on iTunes App Store and Google Play. You can download the app to your mobile device to read the article offline and create a self-guided walking tour to visit the attractions featured in this article. The app turns your mobile device into a personal tour guide and it works offline, so no data plan is needed when traveling abroad.