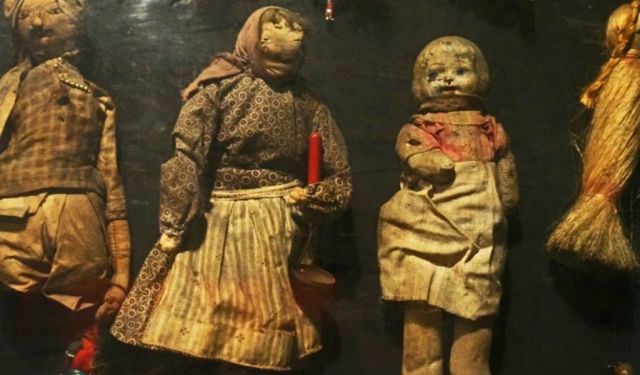 During a wander in the French Quarter of New Orleans, I overheard a tour guide on the street telling his group that “Voodoo is just an offshoot of Catholicism”. I was seriously annoyed, especially with the dismissive tone. But since it was not my tour, I moved on. It really is obnoxious, when the media and tour guides continue to willfully perpetuate myths about Voodoo. It was for this reason (i.e. learn what Voodoo is in reality vs the myth) that I visited the Historic Voodoo Museum. Was it worth the visit? Did I learn anything? Read on to find out!

First off, what we popularly know as Voodoo is basically a distorted view of Voudon, an Afro-Caribbean religion that developed in Haiti. Secondly, Voudon/Voodoo is complicated so my explanation is very superficial. Thirdly, for simplicity’s sake (because even I was getting confused writing this blog post), I will stick to the term “Voodoo” (in New Orleans, it actually is the appropriate term).

Basically, the religion is an amalgamation of traditions brought from West Africa by enslaved peoples as well as the Roman Catholicism traditions they were forced to adopt. In 1685, it became illegal for African religions to be practiced and it was by law that the enslaved peoples were converted to Christianity. And so, thus began the mixing of traditions. Because, really, would you give up your beliefs by force? No, most of us would find ways to hold on to our traditions, even if it meant hiding amongst new ones. ...... (follow the instructions below for accessing the rest of this article).
This article is featured in the app "GPSmyCity: Walks in 1K+ Cities" on iTunes App Store and Google Play. You can download the app to your mobile device to read the article offline and create a self-guided walking tour to visit the attractions featured in this article. The app turns your mobile device into a personal tour guide and it works offline, so no data plan is needed when traveling abroad.