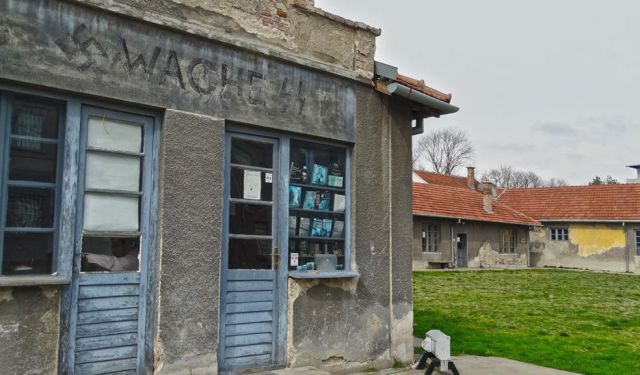 Everyone who knows me is aware of my fascination with the Second World War. If you’re wondering why I would be interested in such horrific events, the reason is simple: I believe that if we can learn from other people’s mistakes, we do not need to make our own. And this is exactly how I see the events from these days – a series of horrible mistakes.

After I paid a visit to Auschwitz in Poland when I was barely 17 years old; my interest grew even more, which is why I could not restrain myself from going to the Nazi Concentration Camp in Nis as soon as I found out about its existence.

As usual the English version of Wikipedia is poor in information (mildly put) and even misleading regarding some events, so I really want to tell you the story that our tour guide told us.

According to some sources, the camp in question was named The Red Cross concentration camp after a railway station nearby. This cannot be more wrong. Actually, after the camp started operating in 1941, the elite of the city of Nis and its locale were all imprisoned due to their communistic beliefs (or even merely for suspicion of such). A large part of the people who were imprisoned there were free masons, people who ran the local charities and the local branch of the Red Cross Organization which is where the name of the camp came from. ...... (follow the instructions below for accessing the rest of this article).
This article is featured in the app "GPSmyCity: Walks in 1K+ Cities" on iTunes App Store and Google Play. You can download the app to your mobile device to read the article offline and create a self-guided walking tour to visit the attractions featured in this article. The app turns your mobile device into a personal tour guide and it works offline, so no data plan is needed when traveling abroad.