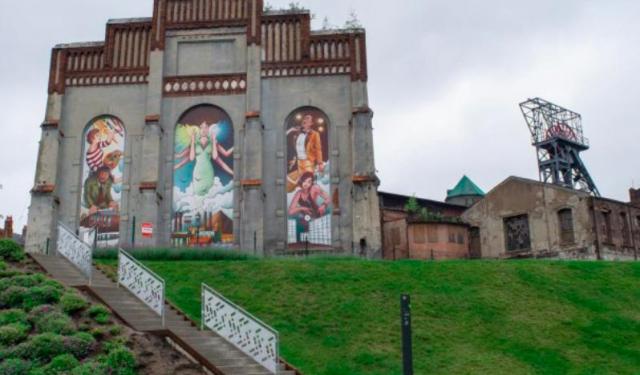 For most people, the tourist destinations in Poland that they know revolve around quaint historic centres and pretty architecture. As nice and interesting as that is to visit, it can be misguided to assume that everywhere in Poland is like that. After all, we’re talking about one of Europe’s largest countries. Just as Lodz is one of Poland’s more unconventional cities with its creative flair, so too is the southern city of Katowice. Not far from the ever-popular tourist destination of Krakow in Silesia, Katowice couldn’t be more different. Whereas Krakow is a wonderfully preserved historic city, Katowice’s story is far less enchanting. A major industrial city for much of the 20th century, in recent years Katowice has undergone a gradual transformation into a modernizing cultural and economic hub. Thanks to this resurgence, what was once considered a grey industrial city has now become an intriguing modern destination for those looking to see more of Poland.

Right off the bat, the thing that is most obvious to visitors of Katowice is the general look of the city. Gone are the medieval gabled houses of Gdansk or Poznan. Instead, the architecture of Katowice takes on a more industrial, 20th century flavour. There are actually a few factors to that it seems. One is that Katowice was only a village for much of its life, gaining city statues in 1865. Then there’s the fact that the city was devastated during World War II, so it’s lucky to have anything that survived that turbulent period. What all this means is that Katowice isn’t the textbook pretty Polish city you may have come to expect. That’s not to say its ugly, only that its charms and character come through in other ways. There are still some interesting tenement houses in the city centre and quite a few grand buildings along major streets like 3 Maja Street and around the Rynek Square. However, the further you stray from the very centre of the city the fewer of these buildings you’ll find because of WWII. Still, it’s also worth checking out the far side of the Katowice Station as that area is also home to some interesting buildings too. ...... (follow the instructions below for accessing the rest of this article).
This article is featured in the app "GPSmyCity: Walks in 1K+ Cities" on iTunes App Store and Google Play. You can download the app to your mobile device to read the article offline and create a self-guided walking tour to visit the attractions featured in this article. The app turns your mobile device into a personal tour guide and it works offline, so no data plan is needed when traveling abroad.