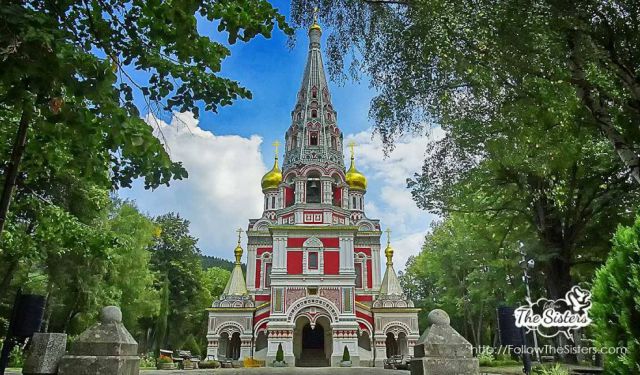 The Russian Church in the Town of Shipka, Shipka, Bulgaria (B)

Although I studied a lot about the Russo-Turkish war in high school, I felt that I don’t know enough when I was preparing for this article. It has been about 3-4 weeks now that I am actively reading Europe’s history. Why Europe, you’d ask, if this was a war between Russia and Turkey (both non-European countries)? Because it turns out that the entire liberation of Eastern Europe from the cruel rule of Ottoman empire was a well-directed spectacle, dressed in fake patriotism and hypocritical support.

My personal conclusion is that it was all based on financial interests. In other words: the minute when the Ottoman Empire became less financially stable, the so called “Great powers of Europe” decided it may threaten their own financial state and thus decided it’s time to let the cleaners (i.e. Russia) fix things up. Since this is not a political website, plus Ellie and I despise politics, I won’t continue in this line of thought. Instead, I will tell you about the people. ...... (follow the instructions below for accessing the rest of this article).
This article is featured in the app "GPSmyCity: Walks in 1K+ Cities" on iTunes App Store and Google Play. You can download the app to your mobile device to read the article offline and create a self-guided walking tour to visit the attractions featured in this article. The app turns your mobile device into a personal tour guide and it works offline, so no data plan is needed when traveling abroad.