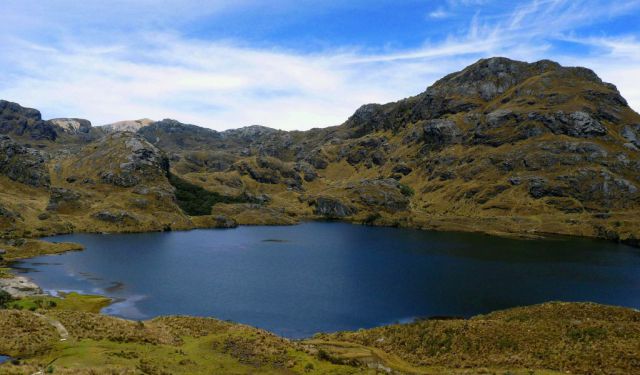 Things to Do in Cuenca, Cuenca, Ecuador (B)

This picturesque colonial city in Southern Ecuador is often a pit stop for travellers traveling to and from Peru. Often known as “The popular retirement town”. Cuenca is located within a valley crossed by mountains. Four main rivers Tomebamba, Yanuncay, Machangra and Tarqui crosses through the city.

The Old Cathedral of Cuenca, or El Sagrario, was constructed in the same year that the town of Cuenca was founded in 1557. The cobbled streets, colonial styled city homes complete with balconies decorated with iron edges, spectacular courtyards, breathtaking parks and beautiful churches, have secured Cuenca as one of the popular attractions in Ecuador.

The Baroque Revival style architected Cathedral of the Immaculate Conception often known as The new Cathedral of Cuenca was opened in 1975. The cathedral is surmounted by three giant domes covered by striking blue and white glazed tile from Czechoslovakia. Its facade is made of alabaster and local marble, while the floor is covered with pink marble, brought from Carrara in Italy. ...... (follow the instructions below for accessing the rest of this article).
This article is featured in the app "GPSmyCity: Walks in 1K+ Cities" on iTunes App Store and Google Play. You can download the app to your mobile device to read the article offline and create a self-guided walking tour to visit the attractions featured in this article. The app turns your mobile device into a personal tour guide and it works offline, so no data plan is needed when traveling abroad.