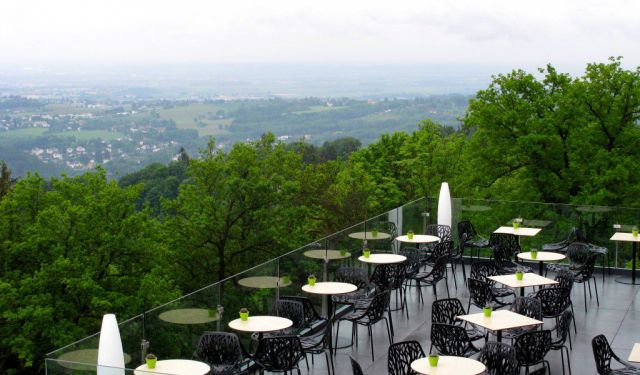 I’ve already written about eating vegan in Linz, but beyond that I haven’t said much about this Austrian city where over the last five years I’ve spent maybe a total of six months on and off.

As Austria’s third city, it’s surprising how unknown it is. In 2009, it was the European Capital of Culture, which certainly put it on the map in some ways, but it is still an often missed destination in Austrian travelling, being pushed aside in favour of Salzburg andVienna.

It may not have the impressively preserved medieval, baroque and art nouveau architecture of other Austrian cities. Instead, it was quite heavily damaged during the Second World War and afterwards, it grew up around the steel industry, so most of the architecture is pretty new.

But Linz certainly still has a lot to offer. The centre of town, which lies right on the Danube has several sights worth the time.

This architecturally impressive art museum on the south shore of the Danube houses an impressive permanent collection of modern art across various styles and from around the world as well as several temporary exhibitions a year. ...... (follow the instructions below for accessing the rest of this article).
This article is featured in the app "GPSmyCity: Walks in 1K+ Cities" on iTunes App Store and Google Play. You can download the app to your mobile device to read the article offline and create a self-guided walking tour to visit the attractions featured in this article. The app turns your mobile device into a personal tour guide and it works offline, so no data plan is needed when traveling abroad.